D-SLR or Video Camera - How to Choose

While it may have been quickly overshadowed by the Canon EOS 5D Mark II, the Nikon D90 was the first DSLR to offer the ability to record HD video, and with it came a whole new video revolution, that saw a huge flood of people begin to shoot take an interest in video capture.

Despite this though, camcorders have fought back and now offer incredible value, as well as host to tempting features and handling characteristics. So, if you want to get into video, what do you opt for – a DSLR (and mirrorless) or a Camcorder?

Reason to get a DSLR/Mirrorless

Compared to a camcorder, the actual physical size of the sensor in a DSLR (or mirrorless camera for that matter), is that much bigger than that found in a camcorder, which delivers a number of benefits. Overall image quality obviously benefits, but it’s when the light levels drop that the sensor size will really come into its own, with image noise reduced, delivering cleaner looking images.

It also means that you have much better control over depth of field, allowing to you isolate subjects and blow the background out of focus to deliver a high-end look common with feature films.

Rather than being restricted to the fixed zoom lens, you have built-in to your camera, the ability to pick and choose the lens you stick on the front of your camera means you can be much more creative in your composition and shooting style, choosing anything from a striking fish-eye that allows you to get masses in the frame, to a super-telephoto to isolate your subject.

The video accessory market for video-enabled DSLRs and mirrorless cameras is now huge, with the ability to turn your camera from a standalone piece of kit into a huge video-focused rig, with dedicated rack systems, viewfinder adapters, wireless microphones and a host of other goodies.

Reason to get a Video Camera 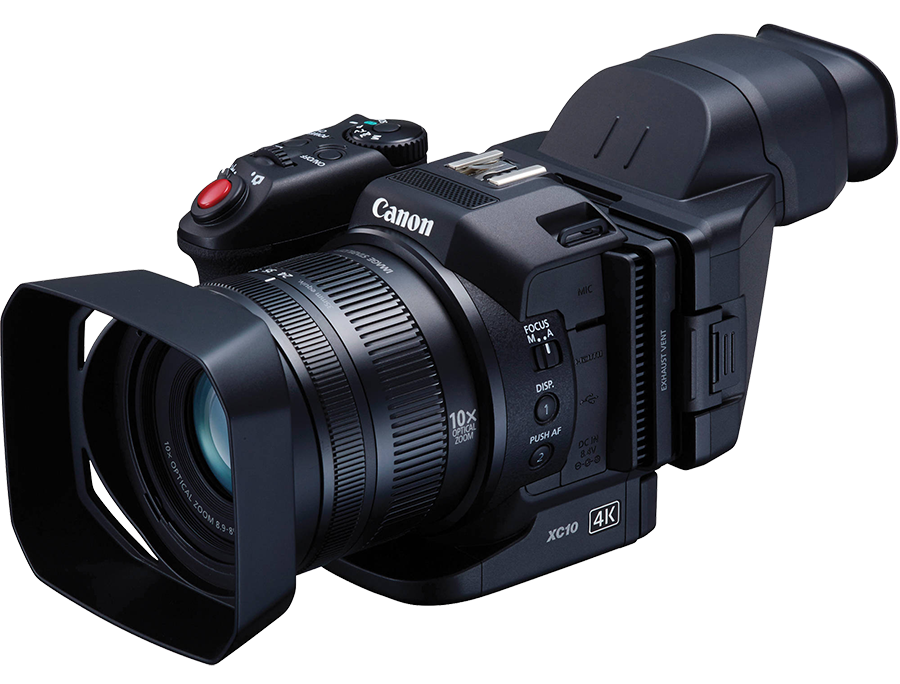 Check out all our professional video cameras here >

While it’s possible to use the AF on your DSLR to focus during video, in a lot of cases, it isn’t suitable – AF noise on some lenses can encroach on the audio, while the way lenses snap to focus from one point to another isn’t desirable for video capture, which means manual focus is the way to go. Camcorder autofocus systems are naturally geared towards video, offering quiet focusing, with smoother transitions through the focusing range.

Because the CMOS sensors in most cameras don’t capture the scene in a single instant, but rather by scanning the scene (either vertically or horizontally) incredibly quickly, it can lead to issues in video capture when an element in the scene is moving very quickly – a propeller in a plane for instance, with it looking like it’s bending.

In many cases, sensors in camcorders don’t read the scene this way and as such, don’t suffer from its effects.

Your decision will come down to how and what you want to video – for those looking to capture scenes and events quickly and easily in a hassle-free, all-in-one package, then a camcorder is the way to go, while those looking for more control and creative freedom, then your best bet is a DSLR system.