On Friday, 16th November we were able to present The Grand Appeal with a cheque for £5722.37. Months of preparation and hard work enabled the Clifton Camera's team to support the fabulous work of the great people over at the Bristol Children's Hospital.

What is The Grand Appeal?

Established in 1995, Wallace & Gromit’s Grand Appeal has raised £50 million to support sick children and their families in Bristol Children’s Hospital.

Bristol Children’s Hospital is one of the UK’s leading children’s hospitals treating over 100,000 patients every year with life-threatening illnesses from Bristol, the South West of England, South Wales and beyond, which serves as a dedicated Paediatric Intensive Care Unit and Major Trauma Unit.

How did Clifton Cameras raise money for The Grand Appeal?

A small team of dedicated Clifton Cameras staff elected to undertake the Three Peaks Challenge in the name of Wallace and Gromit's Grand Appeal. Through donations from customers, friends, family and our brand partnerships we were able to make our largest contribution to the Bristol Children's Hospital yet.

We'd like to thank Canon, Sony, Manfrotto, Sigma, Vortex and Mac Group Europe for your support. Many of you sent representatives to join us on the walk in a demonstration of solidarity for our cause.

Clifton Cameras also raffled off several Gromit Unleashed figures from our collection to our loyal customers with all proceeds going directly to our fundraising efforts.

What is The Three Peaks Challenge for The Grand Appeal?

The National Three Peaks Challenge involves climbing the three highest peaks in the United Kingdom. One in each of the three countries in the Union; Scotland, England and Wales. This is often attempted within 24 hours. However, our team elected to accomplish this over the course of 3 days, starting on June 22nd, 2018.

The three mountains are:

How did Clifton Cameras prepare for the Three Peaks Challenge?

The team led by Martin Drew, Clifton's resident Optics Guru, began planning the excursion six months prior to undertaking the actual challenge. There are some logistical challenges involved in visiting the far-flung corners of the United Kingdom and climbing their respective tallet peaks so we wanted to get a head start on planning.

Many of these challenges were mitigated by removing the 24-hour time limit. However, the extension of the time frame in which we had to complete the challenge meant we would require great contributions in terms of time, energy and money from all participants.

Planning began in Winter and as soon as the weather became more cooperative in Spring the team undertook several hikes in Wales and around the South West of England in preparation for the late June trek.

How can I donate to the Grand Appeal?

This fundraiser is over but you can still help thousands of children by making a donation directly to The Grand Appeal via their website: https://www.grandappeal.org.uk/ 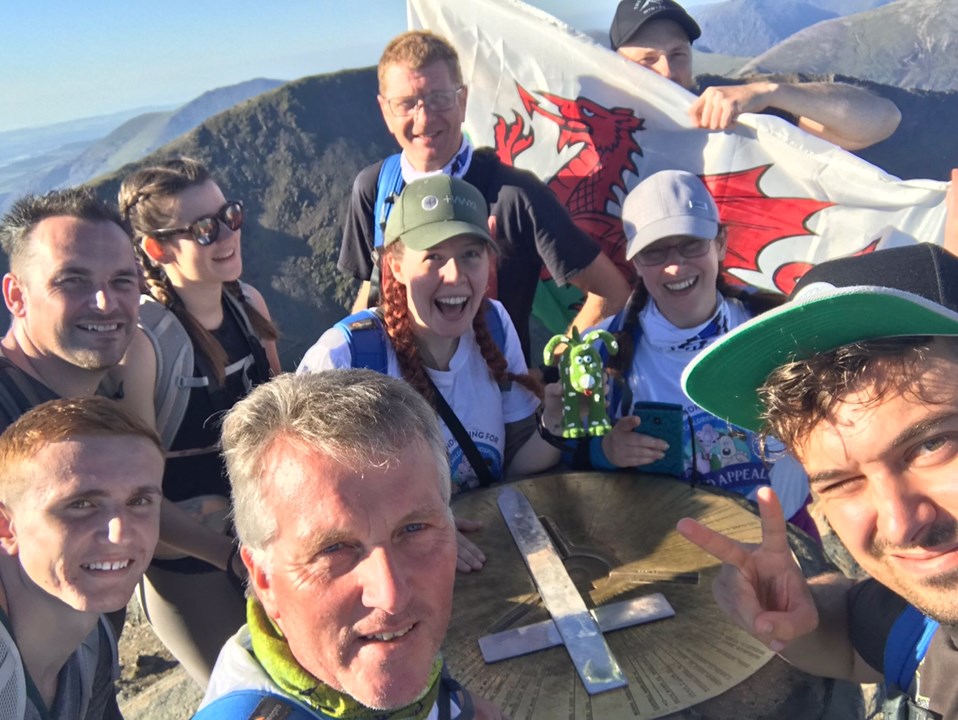