Since Photokina last year there has been a huge amount of excitement regarding the announcement of several new cameras and technologies. Arguably the most exciting and revolutionary of these announcements was the availability of medium format sensor technology in mirrorless cameras. For the first time, the amazing resolution of medium format will be available in a form factor and price similar to that of current full-frame camera systems!

You can imagine our excitement when Fuji invited my colleague and I to test out the new GFX 50S camera at Holborn Studios in London. Jess, my colleague, already has experience of using a range of medium format cameras, including a 120 film Zenza Bronica for portraits and Hasselblad digital backs in the studio. When we arrived it was clear that this excitement was shared by everybody in attendance, all of whom were clamouring to get a glimpse of the pre-production models we would be testing that afternoon. 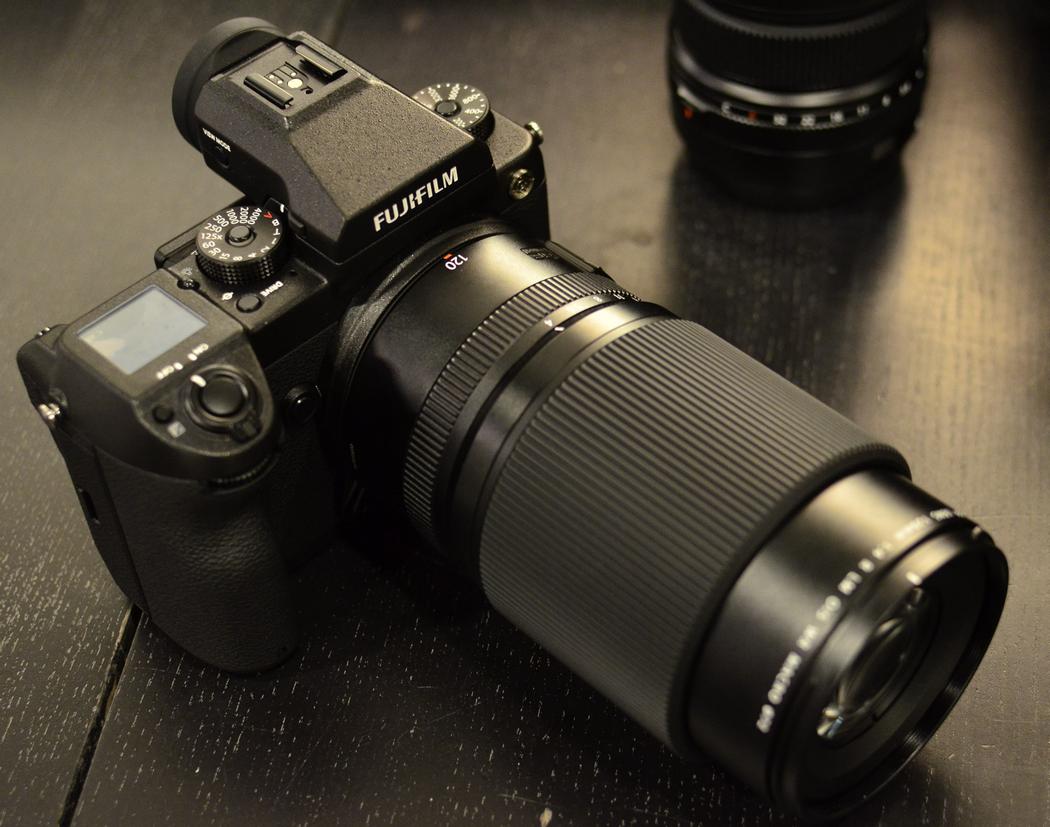 Fuji began with a comprehensive presentation highlighting the impressive specifications of the GFX system encompassing not just the camera and lenses but an extensive range of accessories. This was then put into context by professional photographer Drew Gardner who gave his expert opinion on having used the camera on a wide range of professional assignments and personal projects. Drew has used film and digital medium format cameras professionally for many years so is well placed to extol the virtues of the GFX system. This left us very excited about the possibilities offered by the system and eager to start the hands-on afternoon.

The level of detail the GFX offers in such a fast, easy to use package is spectacular.

For the afternoon shoot we were split into two groups; one photographing an acrobatic dancer (@steph_tam) lit by four studio lights and the other photographing a still life flower setup. Both scenarios were ideal for showing off the outstanding resolution offered by the camera and lenses. The dancer was a stern test of the camera’s autofocus and overall speed. The afternoon was a great chance to put the system through its paces and showed just how impressive the technology is. 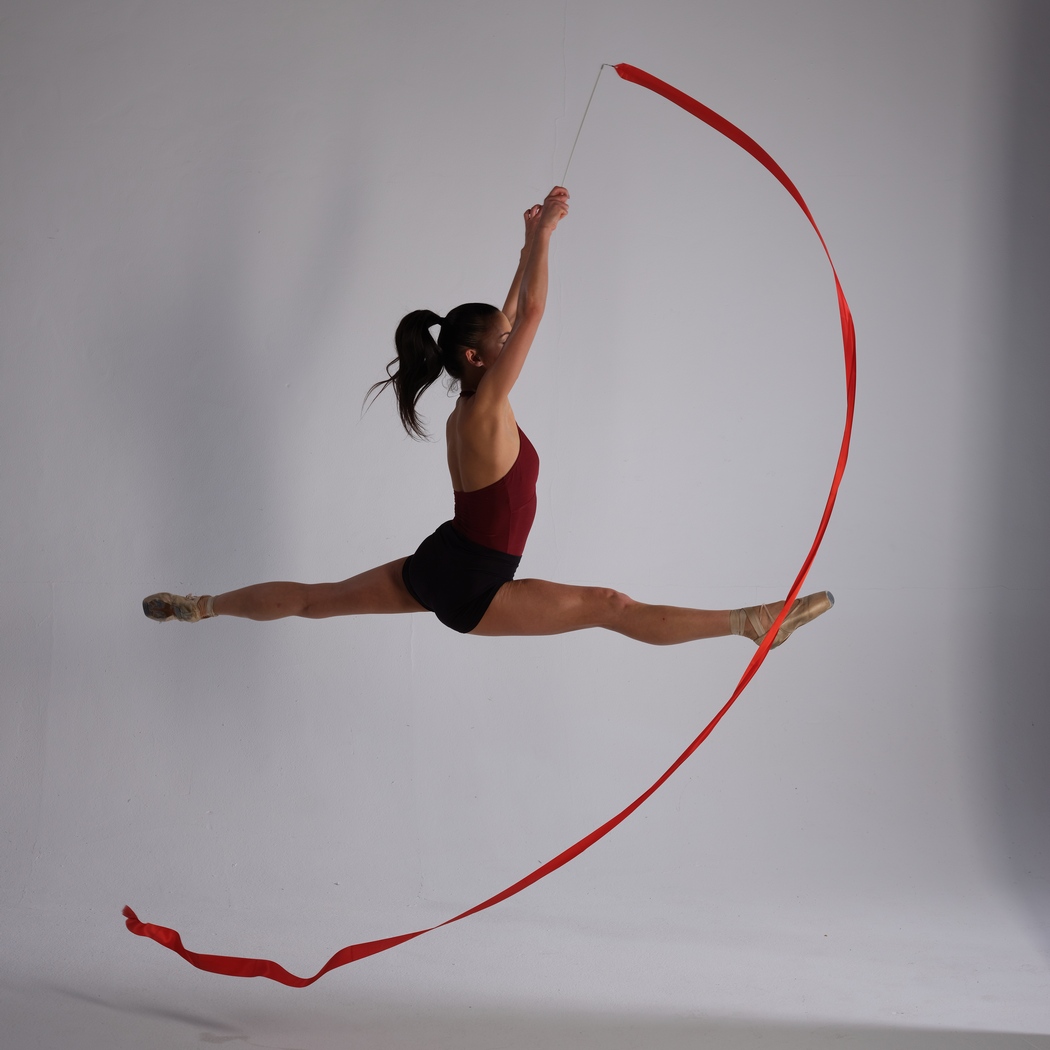 The resolution and detail offered by the system is quite staggering, especially when you zoom in 100%. This level of detail allows users to print much larger image sizes than usual and offers huge flexibility in terms of aspect ratio and cropping. The GFX offers a range of aspect ratios in camera such as 3:2, 16:9, 1:1 and 65:24. Thanks to the impressive resolution even the most extreme of these ratios still offers fantastic quality. 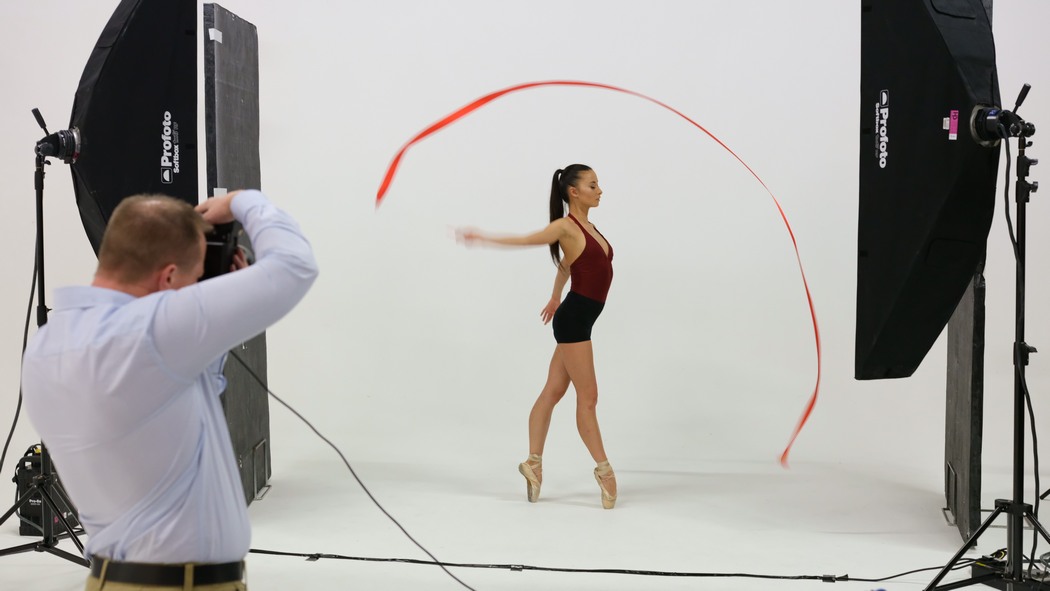 All photos taken on a pre-production model, except for product shot.

Our thoughts on ergonomics and speed...

One noticeable benefit of this being a mirrorless camera is the lightweight and relatively small size for a medium format camera. I was impressed at the overall handling of the camera. Having used the Fuji system for many years the camera feels familiar, especially with the classic Fuji menu system. I was also impressed with the tilting EVF that gives you great coverage and live exposure preview, as with the multi-angle touchscreen. - Jess

Using the GFX 50S felt just like using a slightly larger version of the X-T2. Both the EVF and tilting touchscreen were a joy to use when composing and reviewing photos. Pinch and double-tap zoom can both be used, much like on most smart phones, to inspect the staggering detail offered by the system. The touchscreen can also be used to quickly choose from the 425 or 117 selectable focus points, as can the responsive joystick style Focus Lever, first seen on the X-T2. - Jack

I was pleasantly surprised by the speed of the camera’s start-up, also the shutter lag is so quick between shots, meaning that when you are shooting moving subjects such as our dancer you can shoot more shots in quick succession than on some other medium format bodies. – Jess

Fast shooting is aided by the excellent autofocus system and wide range of quickly accessible controls which include no less than 10 customisable buttons on the camera and 6 on the grip. This allows users to tailor the setup to their specific shooting style and work as quickly as possible. – Jack

We were incredibly impressed by the GFX system, even after only a few hours of testing. The level of detail that it offers in such a fast, easy to use package is spectacular and opens a whole new world of possibility for enthusiasts and professionals alike.

For more information or to try the system for yourself, you can visit us at our store in Dursley or contact our experienced sales team via phone or email.