GoPro Wildlife and Travel Photography | What I take in my kit bag, and how I use it

The natural world fascinates me, with its huge range of biodiversity and complex landscape systems… but more often than not, these things occur in far-flung destinations of the world where my DSLR simply can’t be taken with ease. My Canon 6D has proven to be more than capable of capturing wildlife in and around the U.K. However when I go abroad, I don’t want to carry unnecessary amounts of photographic equipment with me; GoPro cameras allow me to save weight and document my work while completing a postgraduate degree in marine wildlife conservation.

GoPro action cameras have become a staple photographic tool for many travellers and adventurers. Personally, I’ve used GoPro cameras in some truly spectacular locations, from Indonesia to Madagascar, were having such a small but mighty camera came in very handy; especially underwater!

All of the images I’ve taken whilst travelling have been shot with a GoPro Hero 4 Silver, with the accessories listed below. However, I’ve recently upgraded to the GoPro Hero 7 to improve my video footage from 1080p to 4k, and achieve higher quality still images.

Please note we no longer sell GoPro products. Check out our other Action Cameras here >

1 x Wrist strap for securely fastening to yourself

These accessories pack up into a GoPro accessory case, which was easily carried in my hand luggage through, what seemed to be endless airports!

An attractive element of the GoPro cameras is their ease of use and the variety of accessories that you can get hold of to add some creative flair to your photography and filmmaking. For example, the ‘split-shot’ below was taken with a dome port. This dome adds extra air space between the camera lens and the water, allowing this 50/50 shot to be created, allowing you to see both below and above the water within the same image.

The GoPro doesn’t have extensive settings to worry so you don't need to concern yourself with the troublesome exposure triangle and can focus on composing your images. Rule of thirds, steady hands, subject position… these are what you should think about when aiming to get professional standard shots with a GoPro. In this way, I applied my experience with a DSLR to document my travels, and the wildlife I saw along the way, with my GoPro, achieving similar looking shots on a much smaller and lightweight camera. 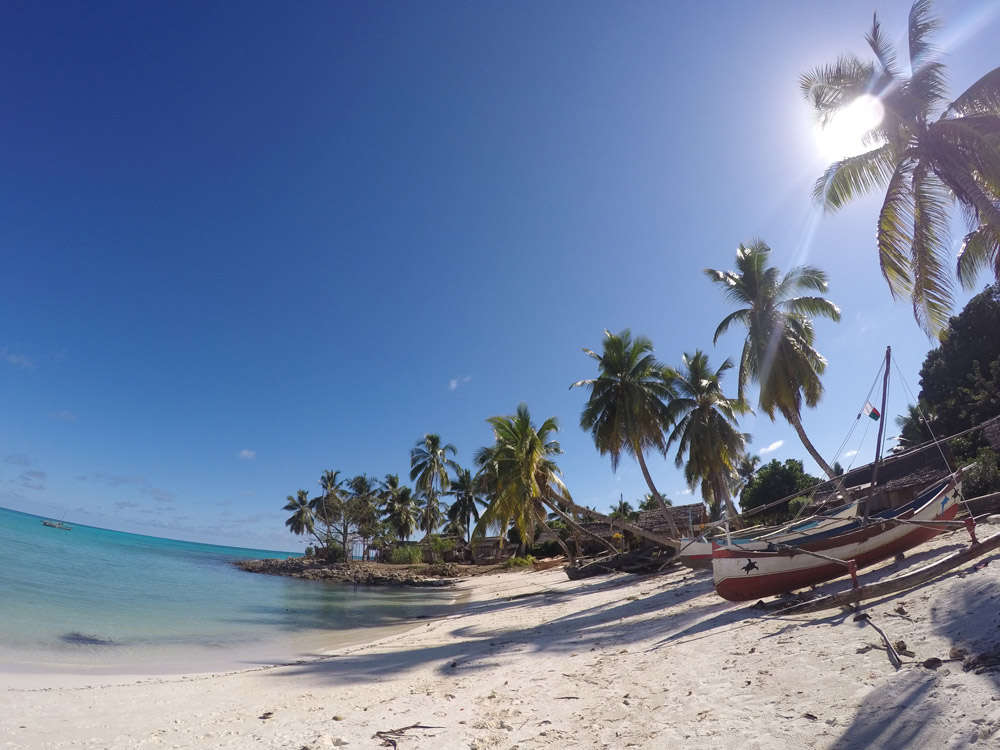 This image was captured using the GoPro alone, with no accessories or filters on the lens. It was a simple case of point and shoot… with the beauty of Madagascar’s beaches doing the hard work! The main photographic technique I used here was the ‘leading lines’ technique, where the palm trees are leading out to the open ocean, directing the viewer through the image and taking in the whole scene. I also used the ‘rule of thirds’ to balance the image, the ocean on the left, and the boat and sun on the right. The fisheye effect that the GoPro creates allows a wide field of view, as well as some creative distortion in the image which you can see in the curvature of the ocean's horizon. 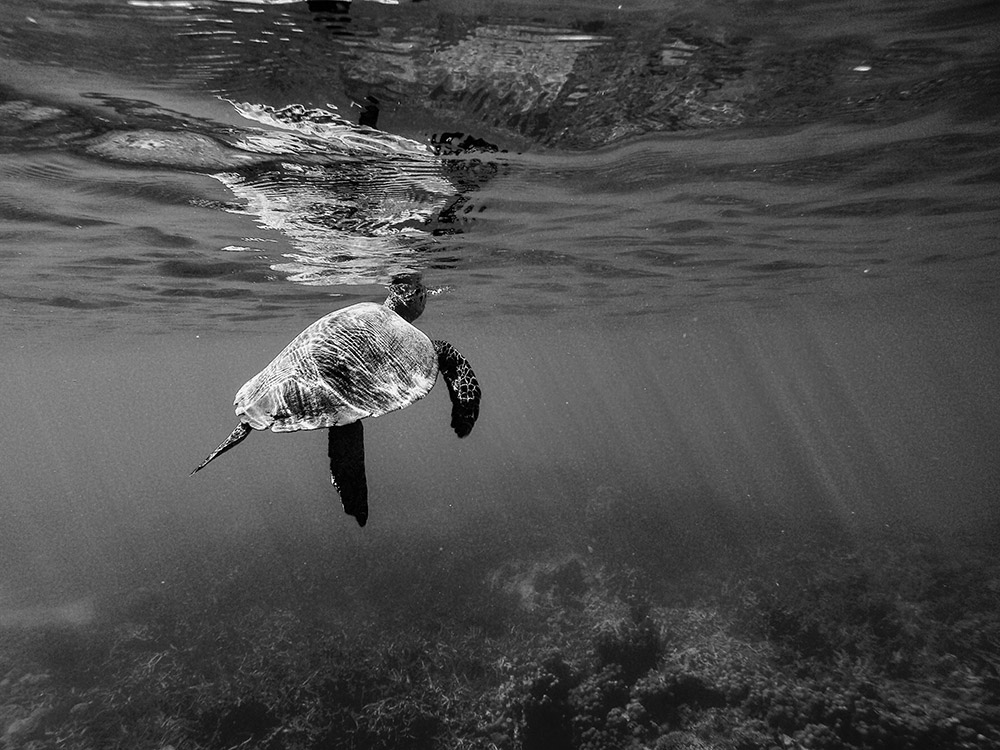 Using my GoPro Hero 4 in its underwater dive housing accompanied by the floaty backdoor and wrist strap I managed to capture this image of a sea turtle. This housing allows the GoPro to be taken to depths of 60m! This photo was taken whilst snorkelling over the coral reef surrounding the island of Nosy Komba where I was volunteering at the time. The main photographic technique I used here was the rule of thirds, getting the main body mass of the turtle on the left-hand third line, and having the turtle facing into the rest of the image to give a sense of movement and direction to the shot. I also positioned myself in the water so the sunbeams were following the direction that the turtle was moving in to enhance the sense of movement and add depth to the image. Once again, due to the GoPro’s ease of use, I could just point and shoot after getting myself in the right position for the shot. 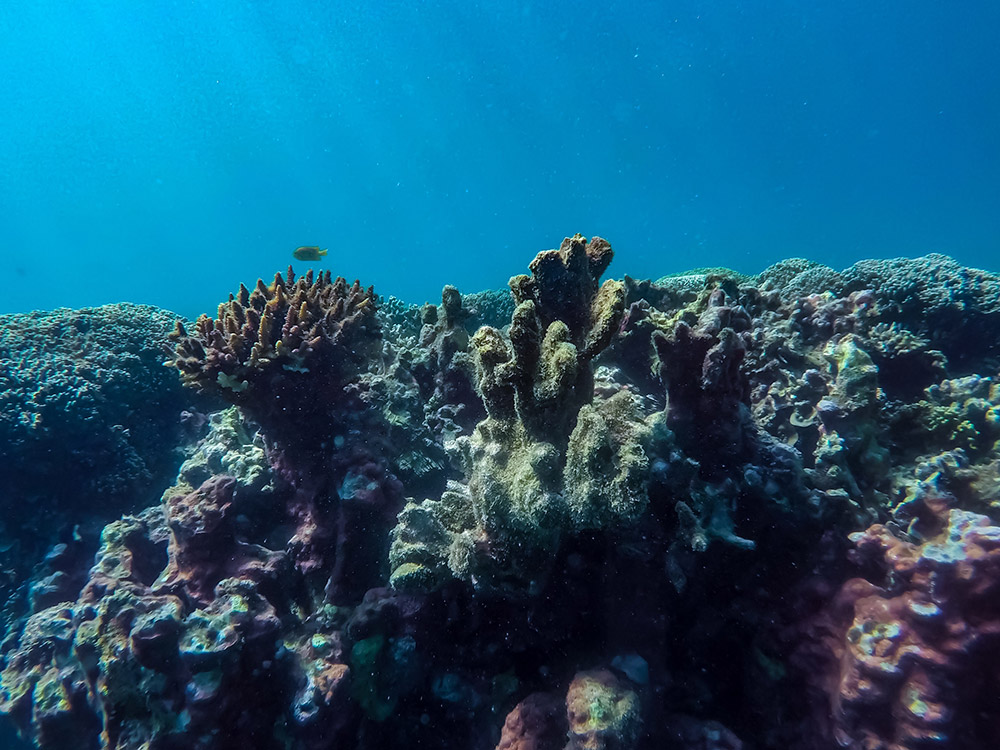 This image was taken whilst scuba diving off of the coast of an island called Nosy Tanikely in north-western Madagascar. This Coral reef is situated in a protected marine reserve and sits at about 20m beneath the surface. At this depth, I used my red filter on the front of my GoPro’s lens. Red filters are used in underwater photography because the filter reintroduces the red colour spectrum back into the photography that is otherwise not present at this depth. Without this filter, the image would have been awash with a blue-green tone, losing the colour and vibrancy of the coral species seen in this image. In this photo, I also used the dive housing, floaty backdoor and wrist strap. I also utilised the rule of thirds in this image with the top of the reef sitting on the top third to capture both the blueness of the ocean and the diversity of coral species on this part of the reef.

I’ve been very fortunate to travel to some truly inspirational places, and having my GoPro with me has enabled me to bring images back from these places and hold on to the memories. You don't need expensive cameras or bulky gear to capture exceptional images. I'll leave you with one of my favourite images I took when diving on my favourite reef in Madagascar. 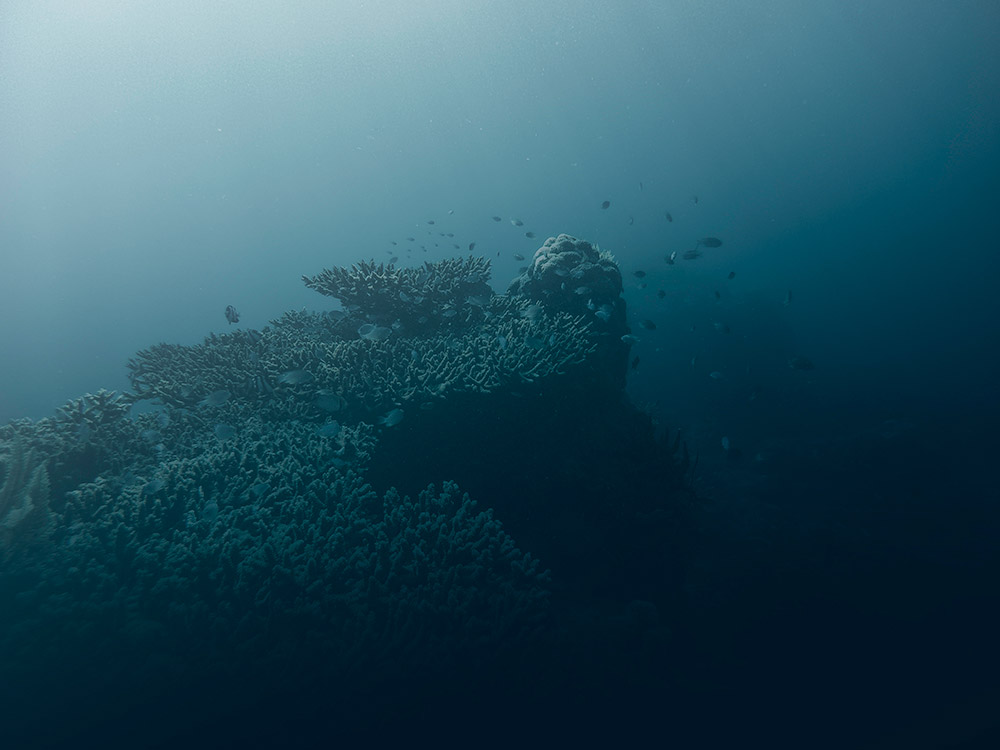