A guide to improving your photography composition

Think of your exposure settings like a technical base. Once selected, you’ll have the best chance of capturing good photographs – but only if you can compose them properly. Composition is the art of setting up a shot so that it captures the moments, feelings and moods you want from an image.

Fortunately, it’s not an impossible feat. Anyone can learn the basic rules of composition which will help you get the best from your shots…

Understand the rule of thirds

Arguably the most important aspect of composition is knowing, and using, the rule of thirds. Putting the object of interest in the centre of the frame is a mistake as it produces static images. Instead, use the rule of thirds. Start by either enabling the grid on your live view or imagining a tic tac toe-style overlay on your image. 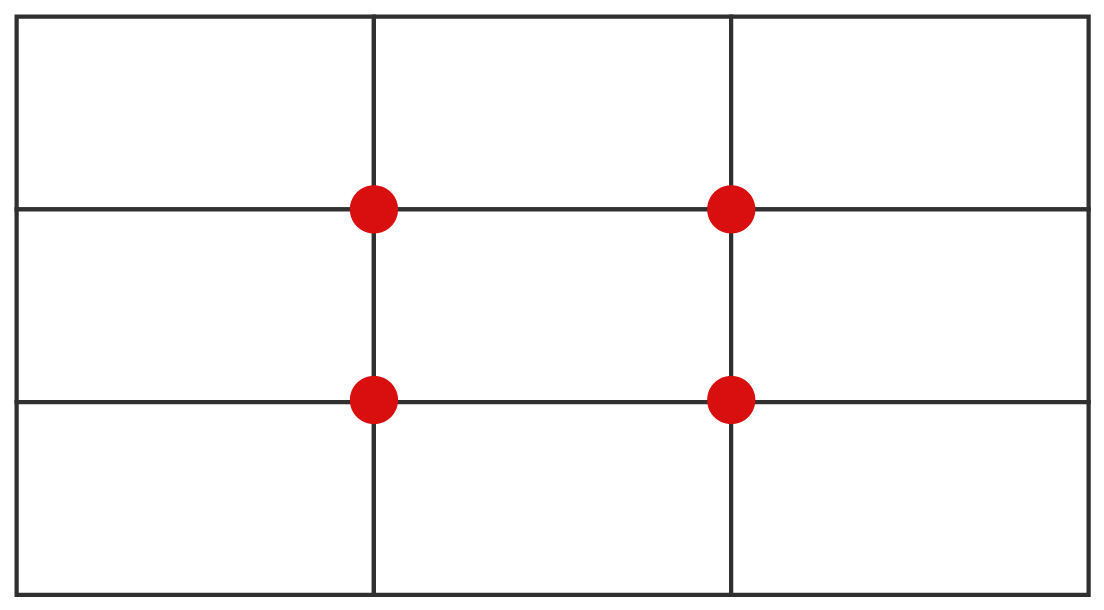 Once you’ve got the grid in your head or over your image, you’ll want to move the points of interest to where the lines intersect. This creates focal points in important parts of the picture.

It’s important to note that you don’t always need to adhere to the ‘rule of thirds.’ Some central framing works well by capturing symmetry – but it’s tricky for someone to use centre compositions effectively.

‘Framing’ an image refers to the practice of creating interest by using frames to focus attention on your focal point. You can create this with a number of different techniques. One is to use ‘natural’ frames such as a mountain landscape. 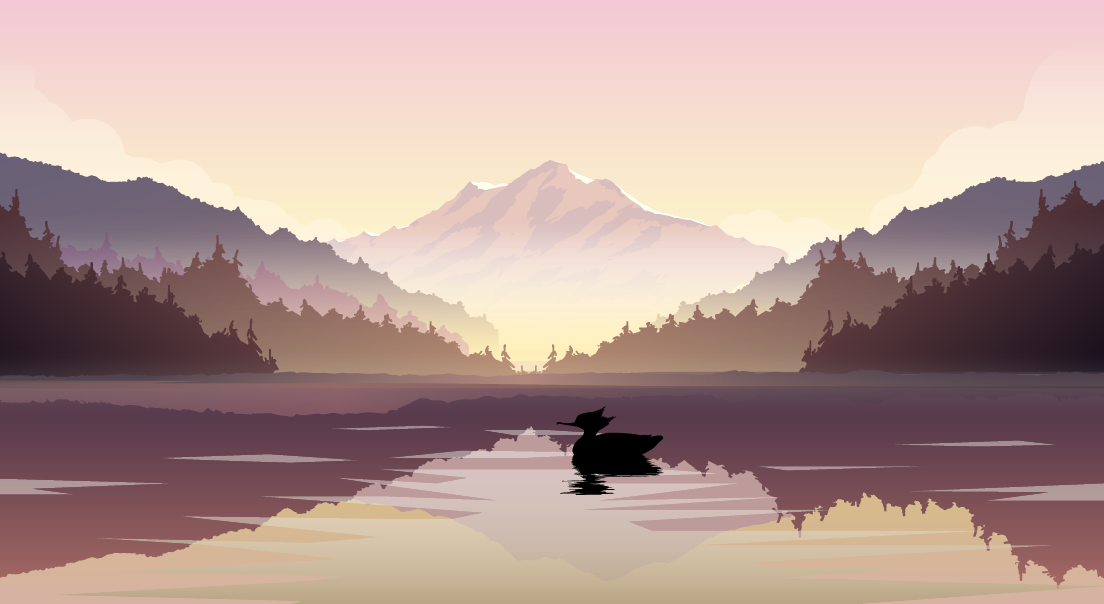 In the above image, for example, the mountains frame the lake. The focal point in the centre is flanked by the natural framing and the eye is drawn to it as a result.

You can also use natural lines in an image to draw the user’s eye to the focal point. Staircases, roads, pathways and other lines can draw the user into an image. By using objects like fencing to direct the user to where the focal point is, you will pull attention to where you want it. In the example image below, the pier creates leading lines to the subject. 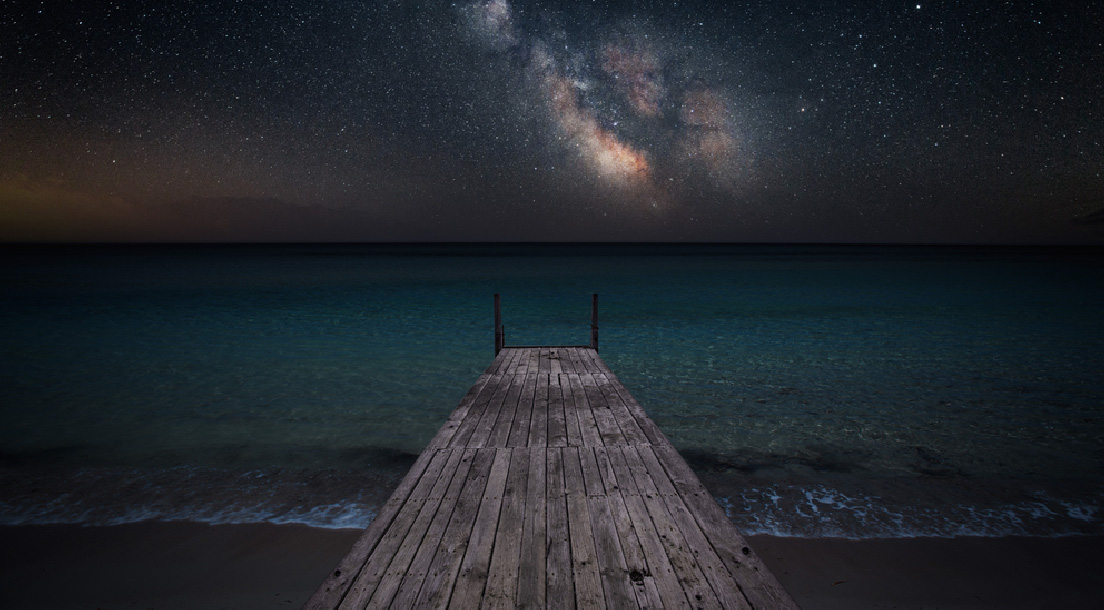 You can use lines such as winding paths or staircases to take the eye ‘through’ the photograph, on a journey rather than towards a central point. For example, the image above could just as easily omit the person’s silhouette and instead simply lead the eye from the foreground to the back.

Fill the frame to eliminate background

Whether you’re keeping it in focus or going for lots of bokeh (focus blur), your background can’t be an afterthought. You should always try and simplify the story in a photograph, so avoid too many distracting elements in the background. By getting up close to the action, you can eliminate the background entirely by filling the frame, which will get rid of unwanted parts of the picture.

Alternatively, you can experiment with shooting the subject at different distances and angles to remove distracting elements. Switching to a long focal length and wide lens aperture will help you blur out any complicated background imagery.

When you’re taking a photo using the rules we’ve outlined above, you might end up with an unbalanced image. This is because you’ll be using the rule of thirds to create interest, then simplifying the background. Unfortunately, having one object in an image can create an unbalanced feel.

In the below example, imagine the lamp-post by itself in the image. This might feel too heavy on the right. Instead, the photographer has used the building to rebalance the image and create a meaningful composition. 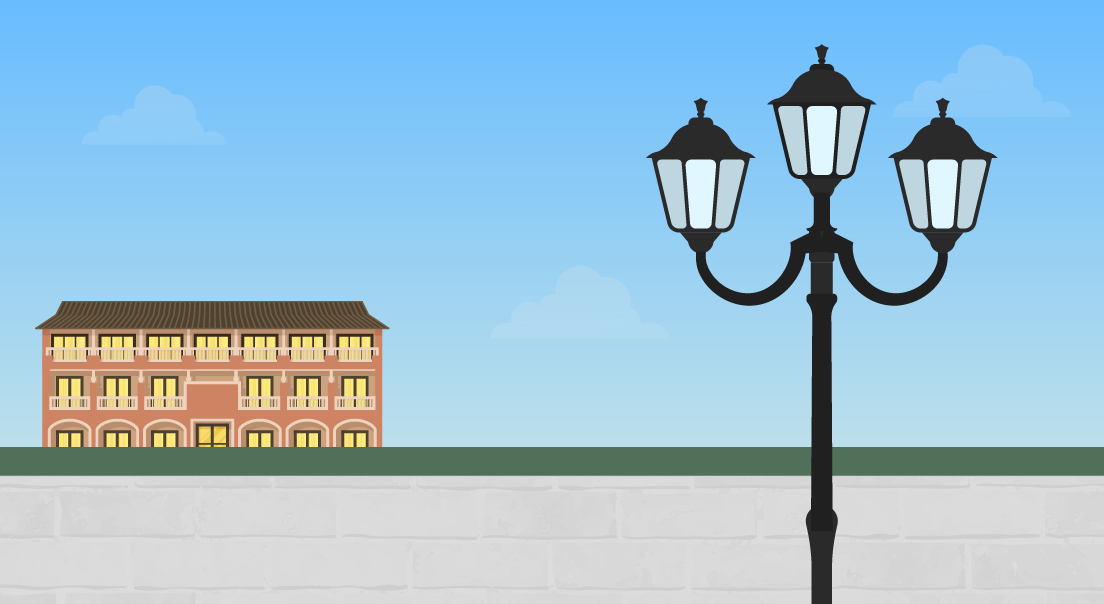 Balancing is also important when shooting landscapes, as you generally want the whole image to be interesting rather than a single focal point. Capturing a tall mountain with a wide lake, for example, helps create balance.

In any image involving a subject, there needs to be the illusion of room for the subject to move towards. Even in a static image such as a portrait of a woman looking away from the camera, there should be room to follow their gaze.

When capturing movement, such as in sport and motorsport photography, this rule becomes key to good composition. You’ll want to frame the image so it looks like your subject is about to speed off. In the example image below, the motorbike needs to have space to speed in to. You can also leverage diagonal lines to create the sense of movement and you can adjust your angle to create even more dynamic lines.

Take the motorcycle image below, which has used diagonal lines and space on the left to make it look as though the rider is about to speed out of the frame.

The rule of ‘no rules’

Despite all of these rules, photography is an art form and as such, it’s subjective. Experimentation is key. Keeping the ideas above in mind will help you make snap decisions that will improve your day-to-day photography, but thanks to the beauty of the digital era you can take lots of different photos and then edit them later.

Cropping is a great tool for composition, as you might find the subject in your image underwhelming once you’ve taken a good look at it. Cropping the image closer allows you to remove background elements and bring the subject into view.

All in all, the only true rule of photography is to create interest in your image. How you go about that is ultimately up to you.