The weather.  We, British love, talking about it, but if you're a photographer who works outdoors most of the time, it's pretty important.  Frankly, a good weather day or a bad weather day can make or break a shoot, but sometimes you get lucky - as demonstrated this month during a shoot for Tesla.

A photographer friend of mine once said that the more extreme the weather, the better the photographs you'll get from it; and to a certain extent, he's right. Anyone can take a nice photo when it's sunny, and a stormy, really dramatic sky is infinitely more interesting than clear blue one - just look at those Old Masters hanging up in the National Gallery. It can't be sunny all the time, and if it rains a lot, get a hat…

This month the weather played an important part on a day's photoshoot I did in Wales for the forthcoming UK launch of the all-electric Tesla Model S.  We had to produce a full set of photography of the right hand drive Tesla on UK roads, but as the single day we had planned to do the photography approached, it became more and more apparent from advance weather forecasts that it wasn't going to be a particularly great day weather-wise.  As I was working with a large video crew and the cars' availability was limited, there was no option to cancel the day and reschedule for another. We just had to get on with it.

Shooting in the rain is no fun, particularly if you want to get great stuff where people aren't going to look at it and say: "that could be a great shot if only they'd waited until it stopped raining…"  Of course, 'they' don't know that there was no other option and that it didn't stop raining all day, but as a photographer, you always want to do the best you can.

Fortunately, in this case, having waited in the car for most of the day in the rain, snatching the odd photo here and there when there was a five-minute respite, we got lucky. At 7.00pm, the rain stopped, the sun came out and we were rewarded for our patience by a spectacularly moody sky.  Needless to say, we got cracking with the photography; effectively doing a full day's shoot in just over an hour.  We worked hard, but it just goes to show that you should never write anything off until you're totally sure that there's no chance whatsoever that things will come good! 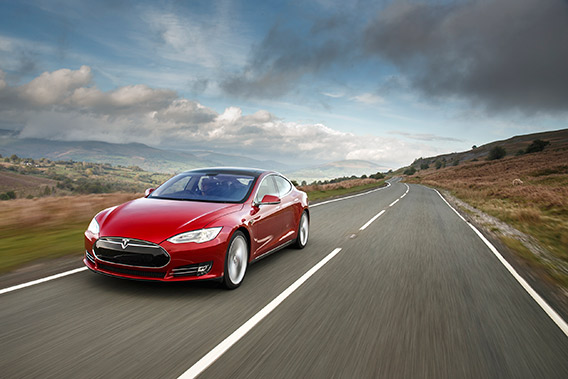 Car to car tracking shot, with Canon EOS 1DX Body (succeeded by the Canon EOS 1DX Mark III) and Canon EF 24-70mm f4L IS USM Lens.  The image stabiliser is the perfect way to prevent any camera shake whilst shooting on the move. 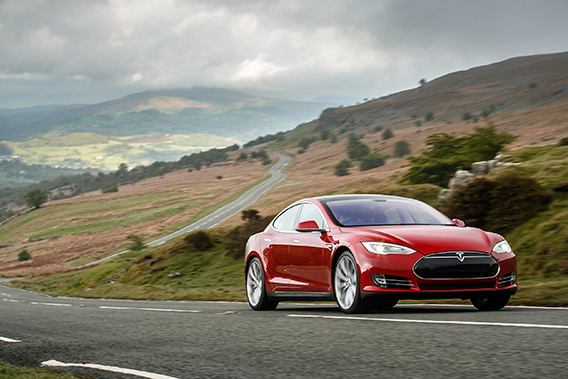 A drive-by shot, again shot with the Canon EOS 1DX Body and Canon EF 24-70mm f4L IS USM Lens. As the car drives by, you use a slowish shutter speed and follow its movement to give the sense of speed. 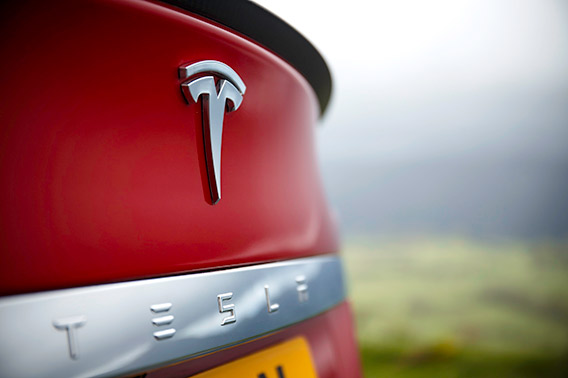 Another shot with the ever-useful Canon EF 24-70mm f4L IS USM Lens, this time opening the lens up wide to allow for a shallow depth of field. 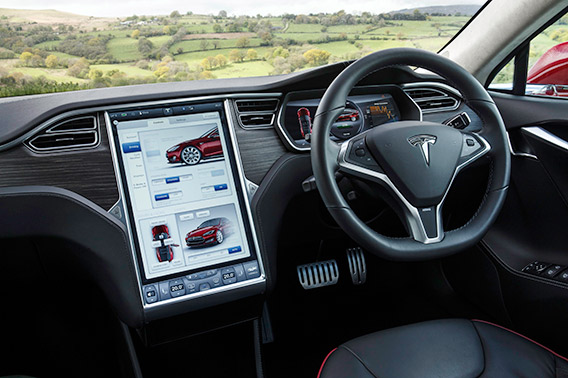 The interior of the all-electric Tesla incorporates a very cool touchscreen, which operates most of the car's controls.  Shooting RAW and processing in Lightroom allows for the background to be burned in using the brush tool.  Canon EOS 1DX Body and Canon EF 24-70mm f4L IS USM Lens 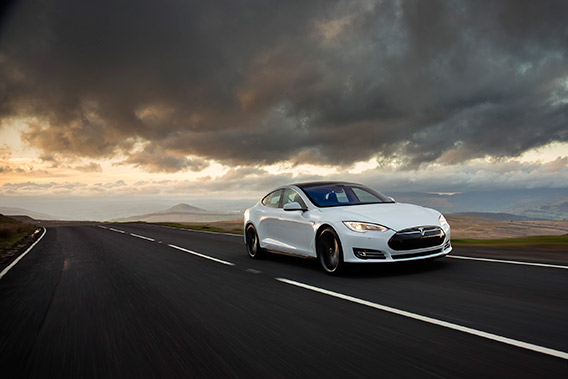 As the sun went down, the sky became more dramatic and the shots more moody.  Another car to car tracking shot: Canon EOS 1DX Body and Canon EF 24-70mm f4L IS USM Lens 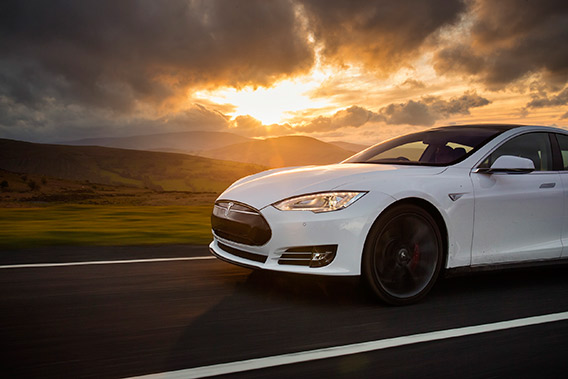 Car to car shoots don't have to include the whole car.  A Lee Filters ND grad, a bit of luck with the weather and some additional RAW processing in Lightroom gave me the dramatic sky that I wanted.  Canon EOS 1DX Body and Canon EF 24-70mm f4L IS USM Lens 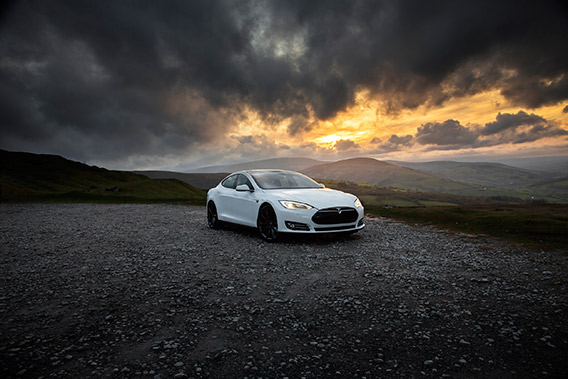 Finally a static shot, just before the sun went down.  Despite the day having been pretty much a wash out for the previous ten hours, a lot of patience and an eye on advance weather forecast saved the day.  Canon EOS 1DX Body and Canon EF 24-70mm f4L IS USM Lens