On a recent trip to Norway I was fortunate enough to be able to bring the Olympus OM-D E-M1 Mark II. Friends who attended The Photography Show earlier this year raved about it so I was very excited to be able to spend two weeks shooting with it.

To say I was nervous and unsure about using another camera system is an understatement. I have been a Nikon SLR user for the last thirteen years since having purchased an F70 with my pocket money at the age of fourteen.

My goal was to demonstrate that this camera could be an exceptional all round camera - not just useful for its focusing speed and quick response. I use a full frame camera, I anticipated my first big adjustment would be to the 4/3" Live MOS Sensor and I looked forward to trying it out.

The kit I used was the OM-D E-M1 Mark II and the 12-100mm f4 M.ZUIKO PRO (Product discontinued - view our current Olympus Micro Four Third Lenses here). Although I was also given the option to take the 14-40mm too, I decided the 12-100mm provided enough range and would suffice for most of the shooting I’d be doing. 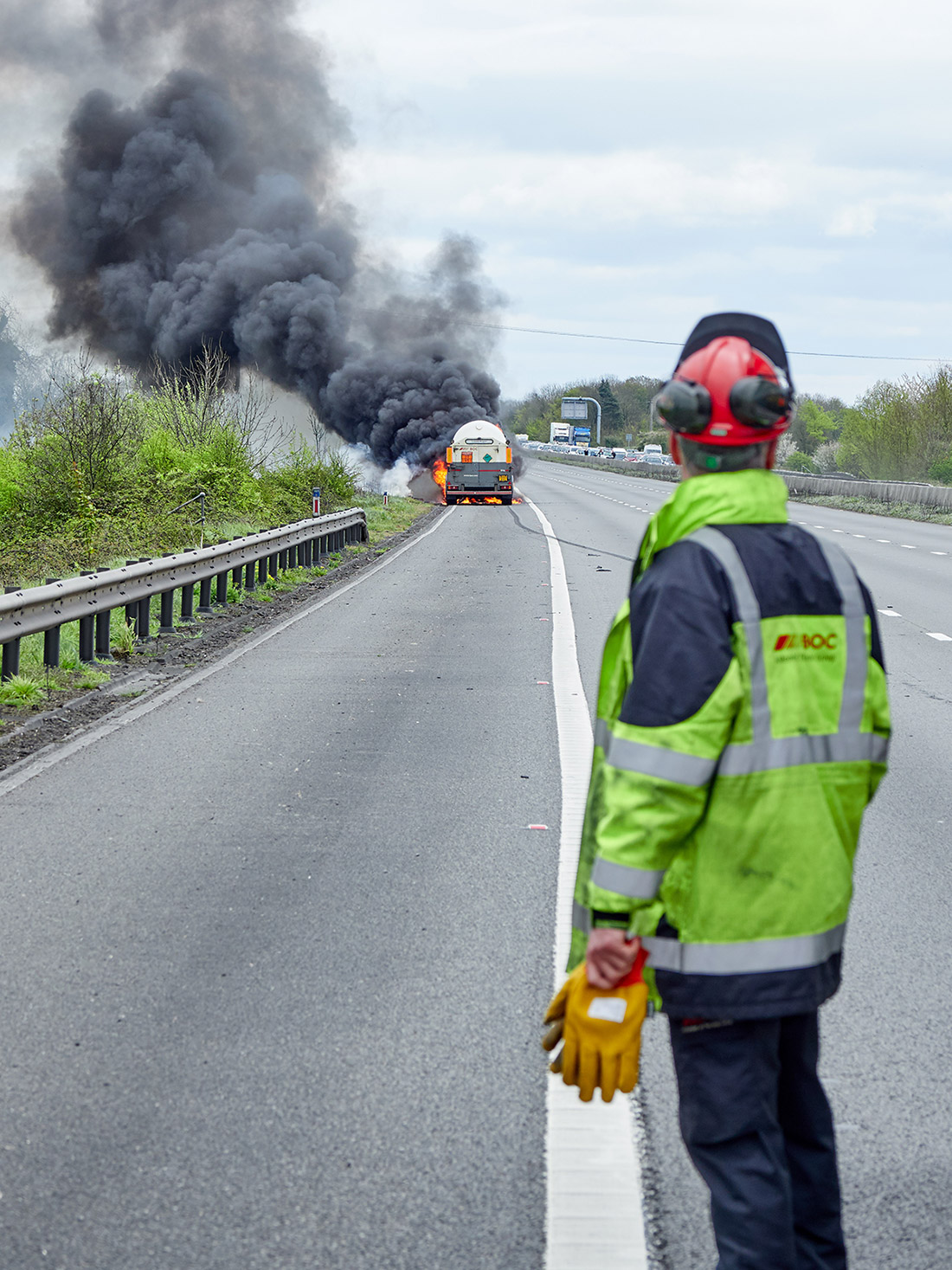 The first shots I took with this camera was the day my partner Sara and I left Bristol on the M4 towards London.  As we headed down the M4 we were forced to make an abrupt stop. Five hundred yards in front of us a chemical transportation truck had caught fire. I couldn’t help but get involved using this new camera. The 12-100mm zoom enabled me to get close to the action while also allowing me to capture the surroundings and commotion. 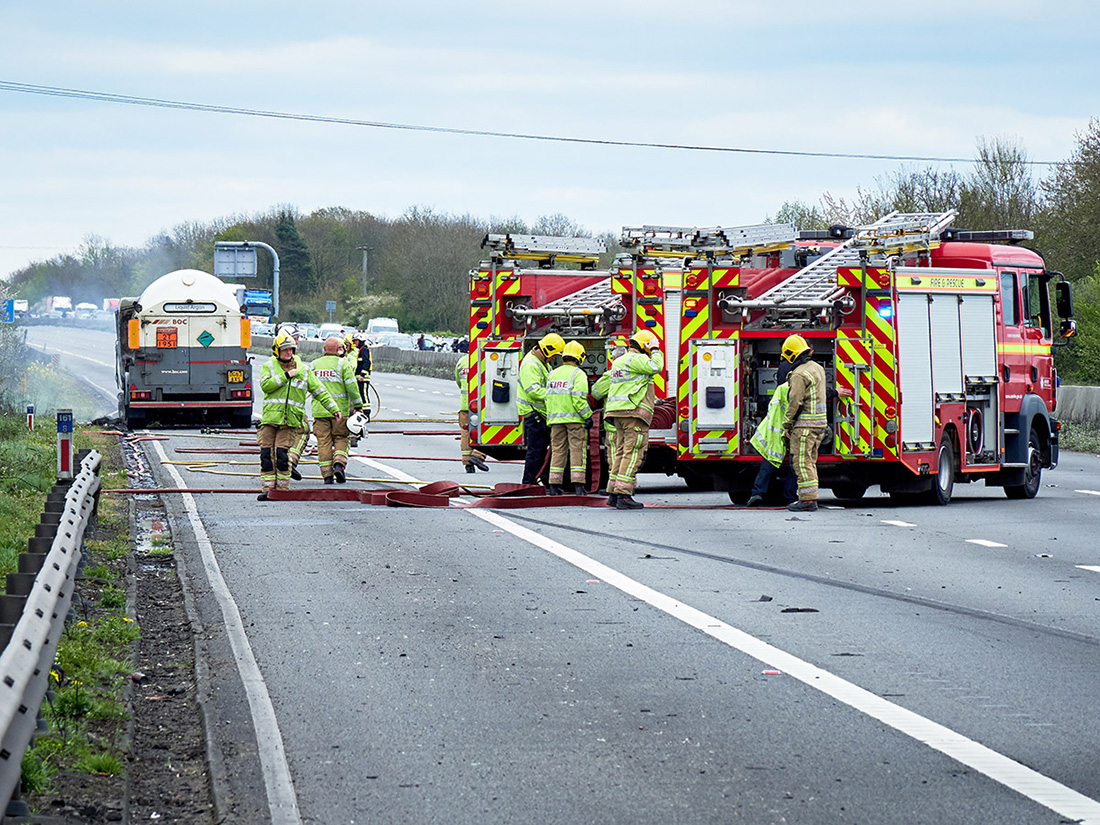 Three hours of blistering heat and confusion on the motorway later I had some fantastic shots of the incident. I photographed the scene from a distance capturing the whole story; from the beginning of the fire, to close-ups of the driver and then the firefighters arriving. The Olympus proved to be great for both candid shots of the onlooking crowd, as well as wider images of the truck and the scene as a whole. I had already begun to love this camera.

My holiday in Norway had been planned for a while. It was going to be a break away from work, but not a break from working. Sara and I had wanted to travel and also to help others, but with a slim budget our options were limited so we looked towards Europe. We pursued the idea of using our holiday to work away and learn new skills while also helping someone in need.

We were hoping to explore the islands of Norway using kayaks, speedboats and bicycles, which our host had promised us. I wanted to document 2 weeks of construction progress, as well as a community at work. What we received was very much different from the inspiring idea we were sold...

The house was on the small island of Tofterøy, in Sund, which is a province of Norway’s Western Archipelago. It was a large wooden detached house with a messy and disorganised front and rear. It displayed items from wrecked wooden boats, old fridge freezers, fishing nets, and various other paraphernalia.

We built a vegetable patch with the limited tools available and tended to our host's garden. Being keen gardeners ourselves and wanting to create something in the time we were at the host’s house meant we spent many hours outside in the cold digging and organising this gentleman’s yard. We also visited the local area photographing local fishermen and their catches, as well as the boats that passed our view everyday. 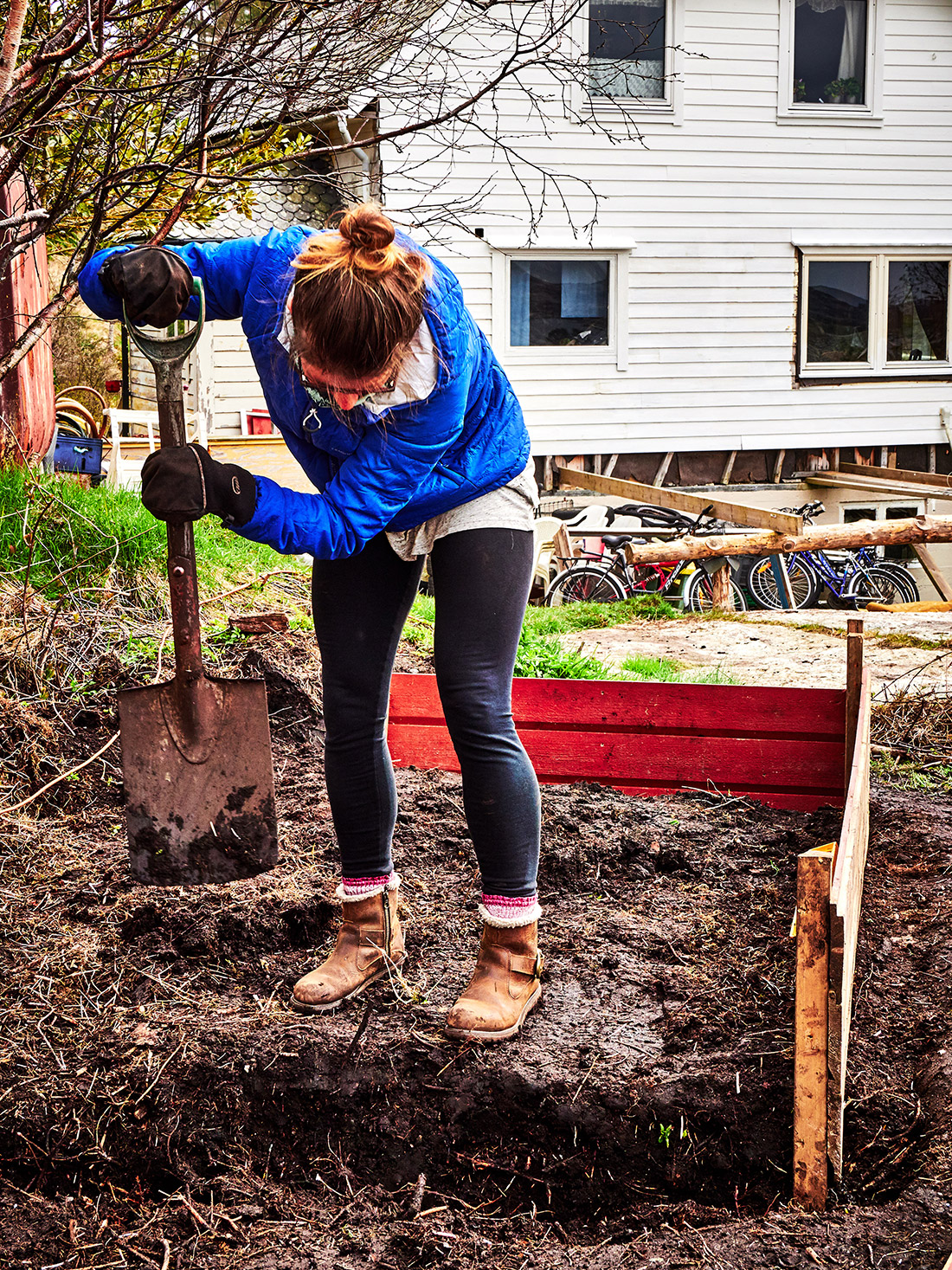 We left our host’s house a week in to our two week stay... It wasn’t the situation we had envisaged. Instead we headed to the beautiful city of Bergen on the West coast of Norway. It’s a harbour city with enormous cruise ships and tiny fishing boats moored within metres of one another.

We spent the day walking around Bergen and the OM-D E-M1 M II’s weight meant it was incredibly easy to carry around my neck all day. I spent the day photographing the sites of Bergen. I took some street portraits of locals and shot in the famous fish market of Bergen. I found people weren’t daunted by me taking photographs with this camera. Something I wouldn’t have experienced with my normal camera, which can look slightly unnerving to those I enquire with. I find this is mainly due to the larger and less discreet size of the full frame. The Olympus' compact size is unobtrusive and puts people at ease. 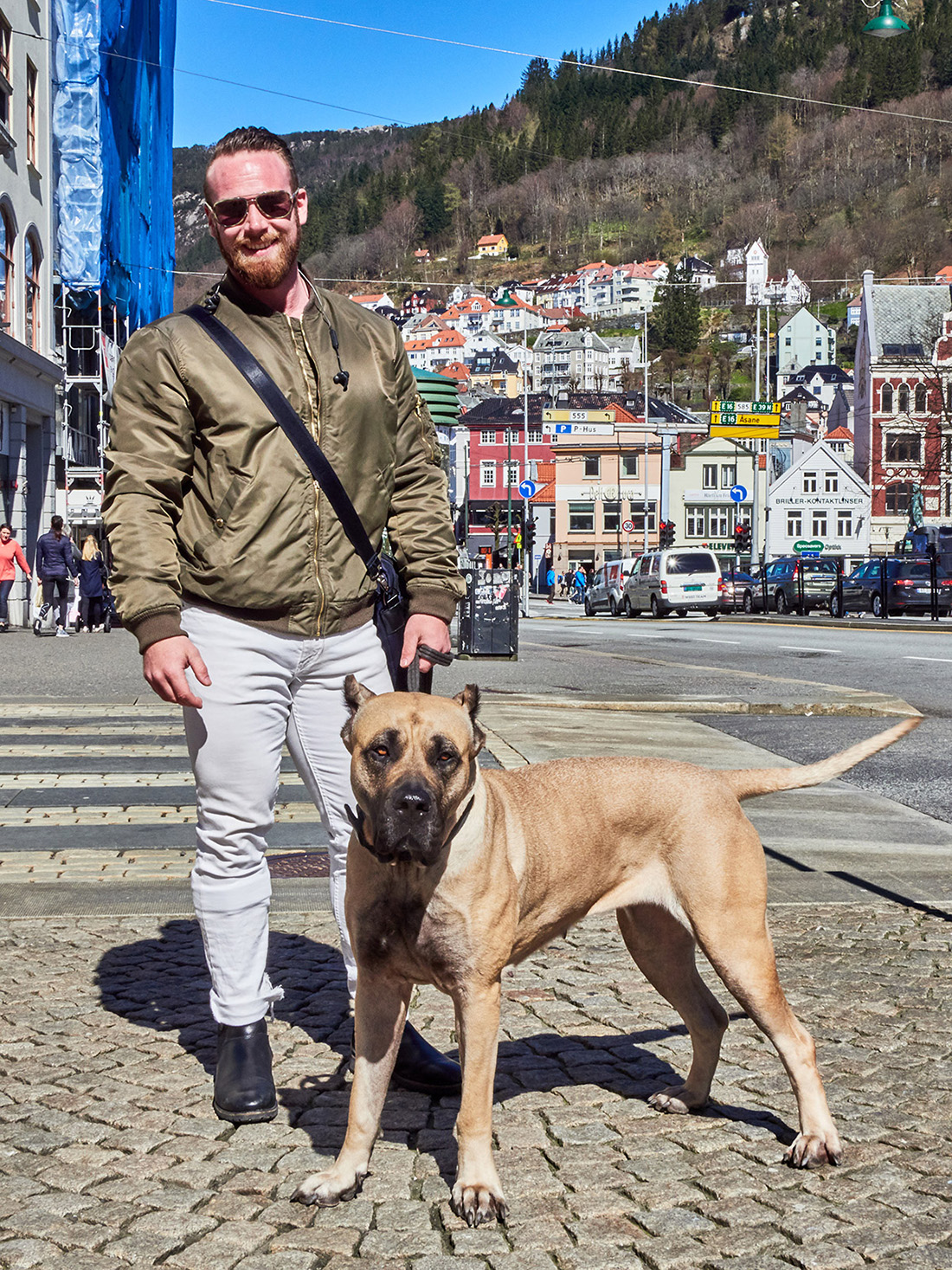 Bergen is surrounded on all sides by hills and the main tourist attraction is a steep cable car, called the Funicular. This travels up a steep ascent from the city centre to Mount Floyen. We hit the top of Bergen where we were met with an incredible view of this beautiful city. We stood on the viewing platform and gazed in awe at the surrounding valleys and waterways . High up on the top of this hill, above the clouds, I brought out the Olympus and without a tripod shot beautiful, well focused and sharp shots of the harbour and city from above. 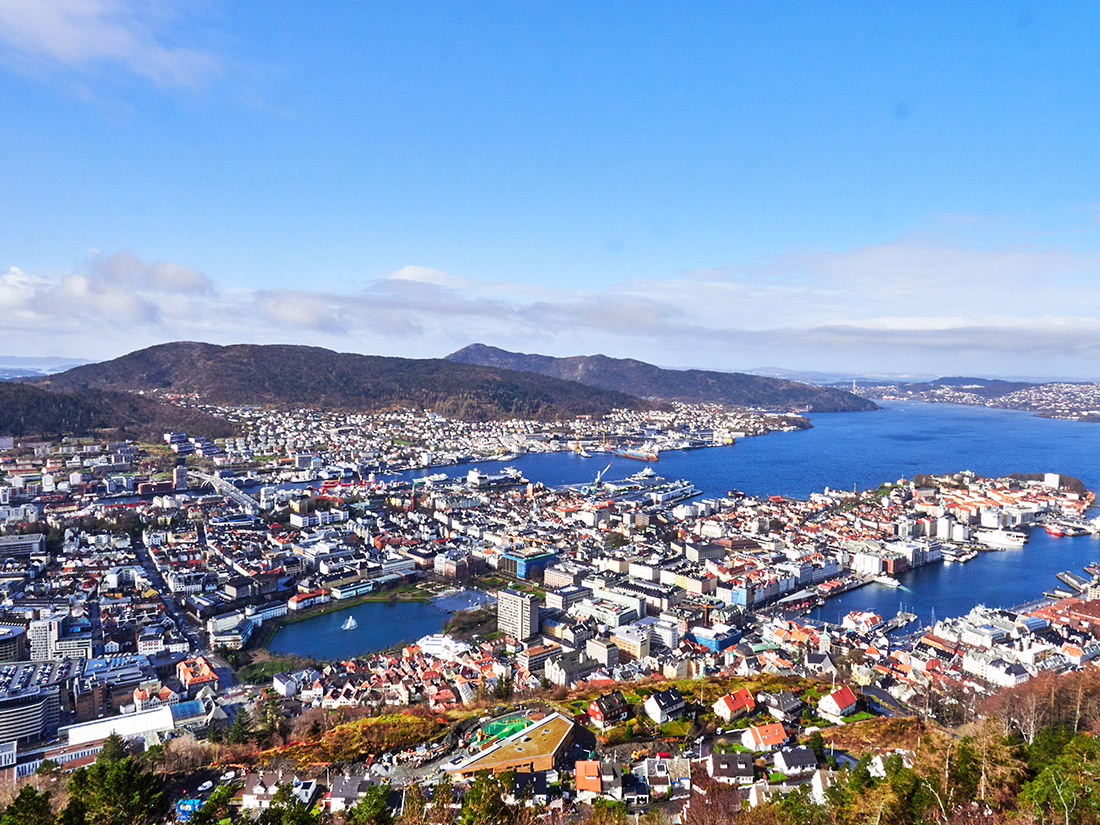 The Olympus’ capability to capture detail on such a small sensor surprised me. You can see from the photos that the camera was able to capture exemplary detail. The sensor hadn’t fully convinced me until now; what a wonderful piece of kit to have in your camera bag.

We spent our second week close to the tiny city of Leirvik, in the municipality of Stord. Our hosts lived in a designer house three kilometres away from the coast and had an impeccable view of the local snow-topped mountains in the distance. We realised very quickly that this second week would be in stark contrast to our first week.

Our hosts owned a sailing boat which they took us out on the second day. I was a little nervous to take the camera with me, knowing the sea was going to be choppy, but I felt I needed to test the weather proofing of the camera. We spent 3 hours in the boat experiencing an array of weather conditions. After a calm hour travelling out of the local harbour we began to feel the real chill of the Norwegian Sea air. 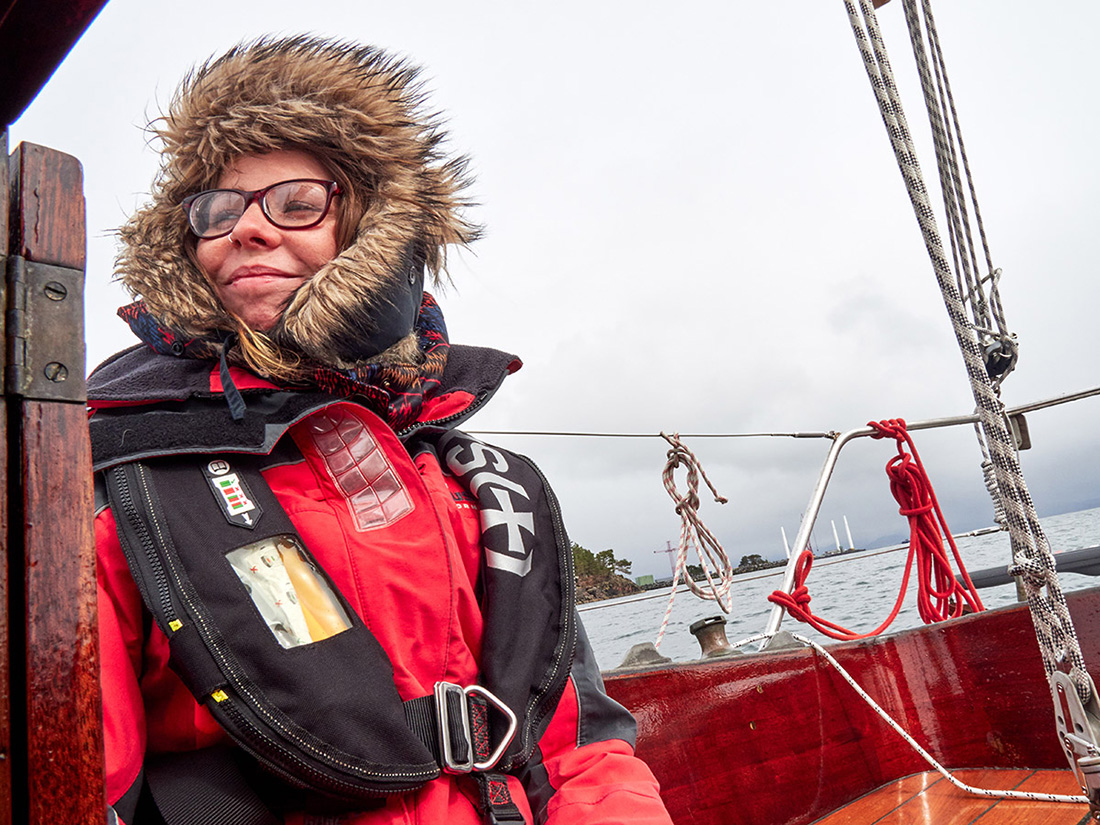 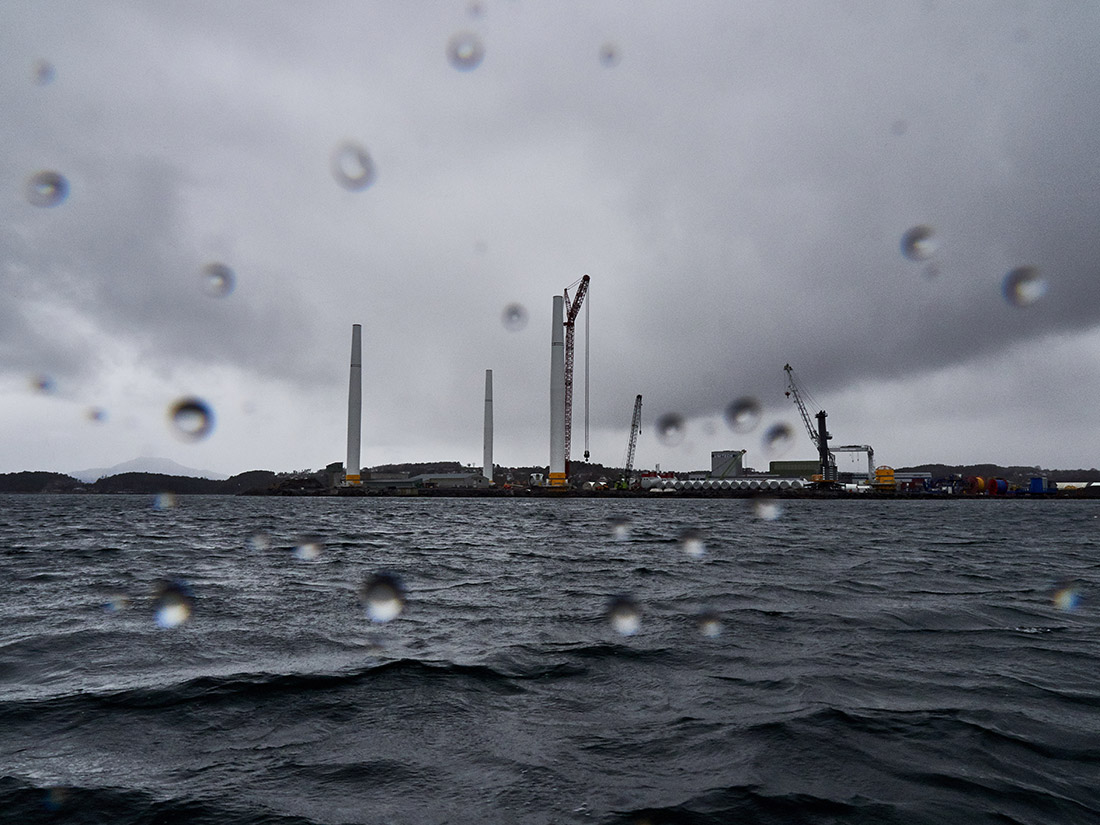 The clouds rolled in as we sailed around the island. I struggled to keep the camera steady at points with the icy rain on my hands as I stood on deck. This was the perfect occasion to test the 5-axis Image Stabilisation of the E-M1 Mark II. I had experienced the stabilising features of numerous cameras before but this has to be the best I have encountered. Its ability to lock your shot through the viewfinder was exceptional, and only grew my confidence; even at a 1/60 of a second on a low aperture I could capture landscapes and the images showed great clarity. At this point I was also testing the weatherproofing. I was cautious at first but remembering this camera boasted high standards of weather resistance I became more at ease using it in the wet.

After sailing for three hours around the island we moored up in our host’s usual harbour spot. As we climbed off the boat we were fortunate enough to catch a glimpse of island life. We were surrounded by boats of all different shapes and sizes, some for fishing and some for leisure. There was a number of homes over looking the fjord, each with its own clear view of the calm beauty that lay before us. 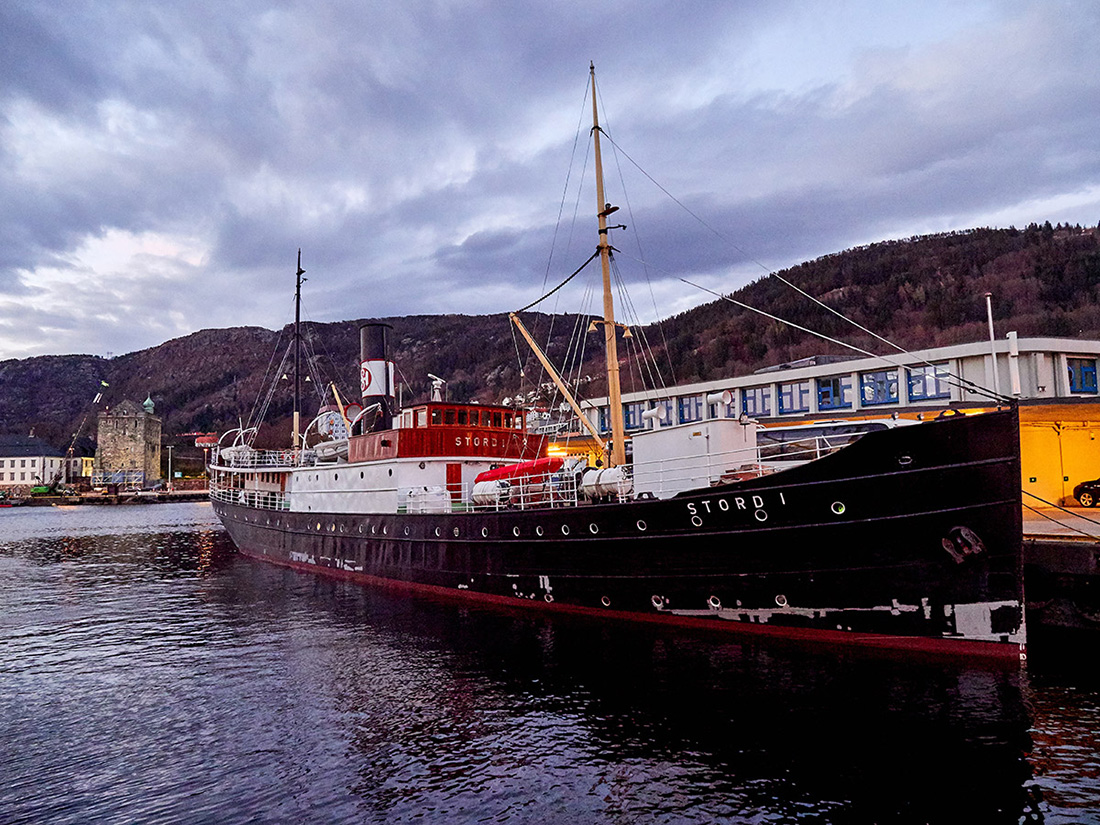 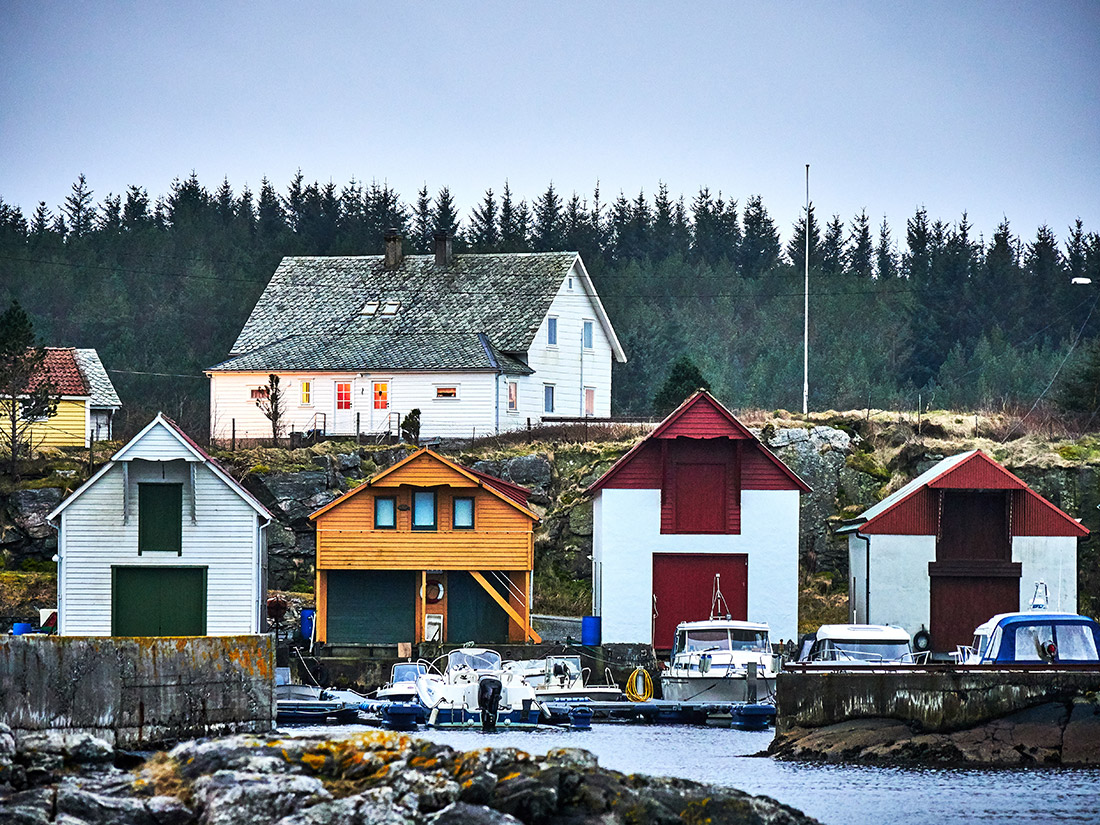 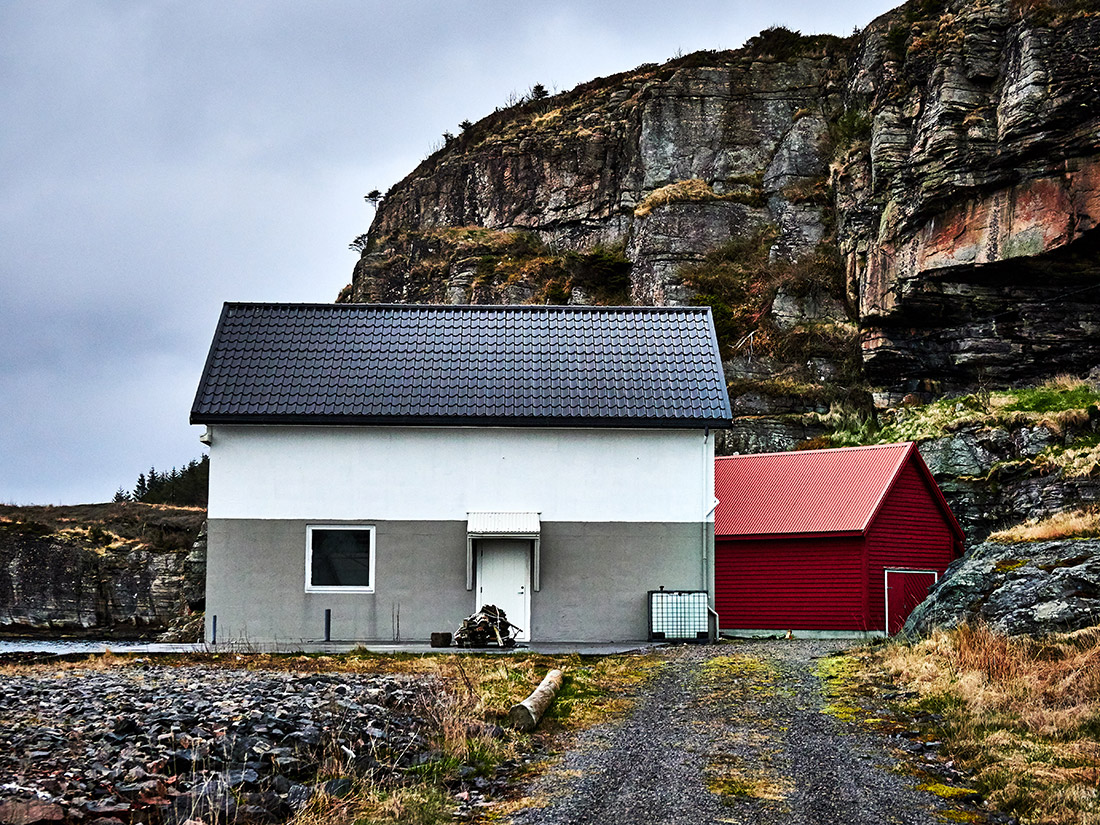 We spent the rest of the week on two wheels, cycling through the forest and along the coast. I had the camera around my neck at all times, forgetting it was there at points due to its weight. Having it so available enabled me to stop and shoot whenever I needed, and the useful dials gave me great control over the Manual settings. 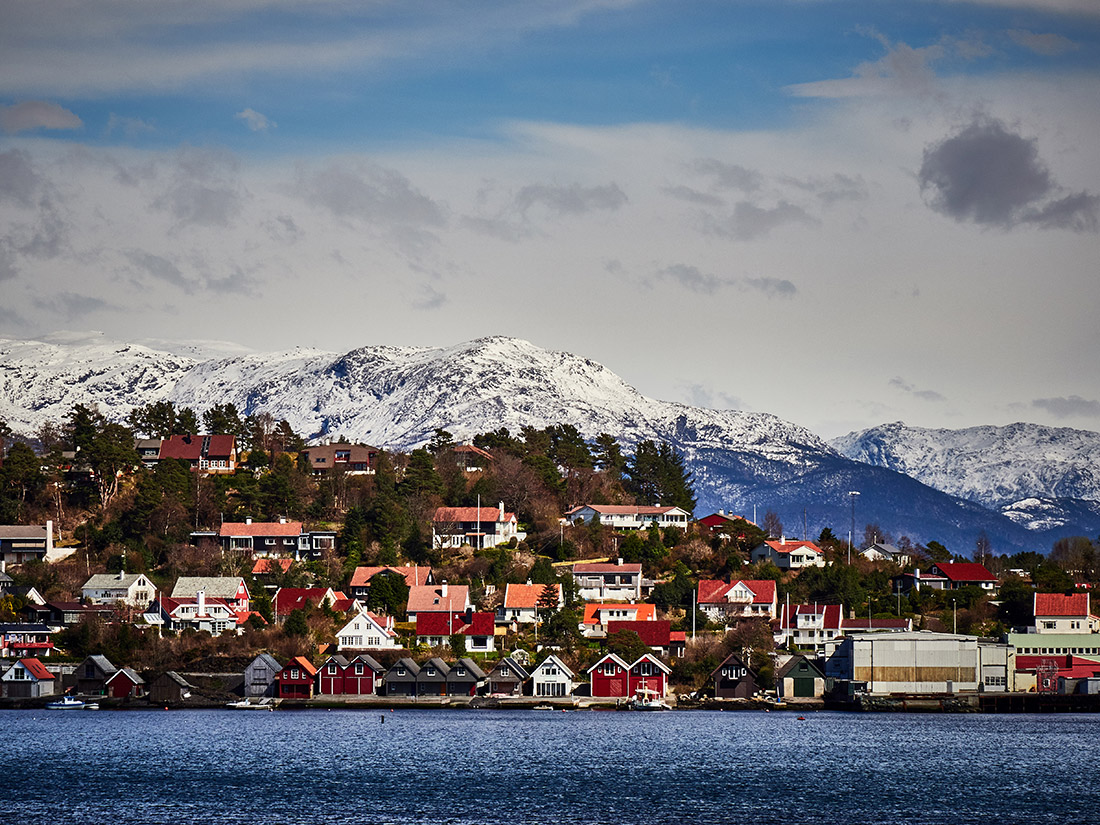 We spent our last day climbing Kattnakken, the second highest mountain on the island. In the rain, wind and hail I felt at ease using the camera. I found the digital viewfinder to be true to the image you wish capture, including colours and tones, and I felt this would be useful for a professional or amateur learning Manual controls for the first time. 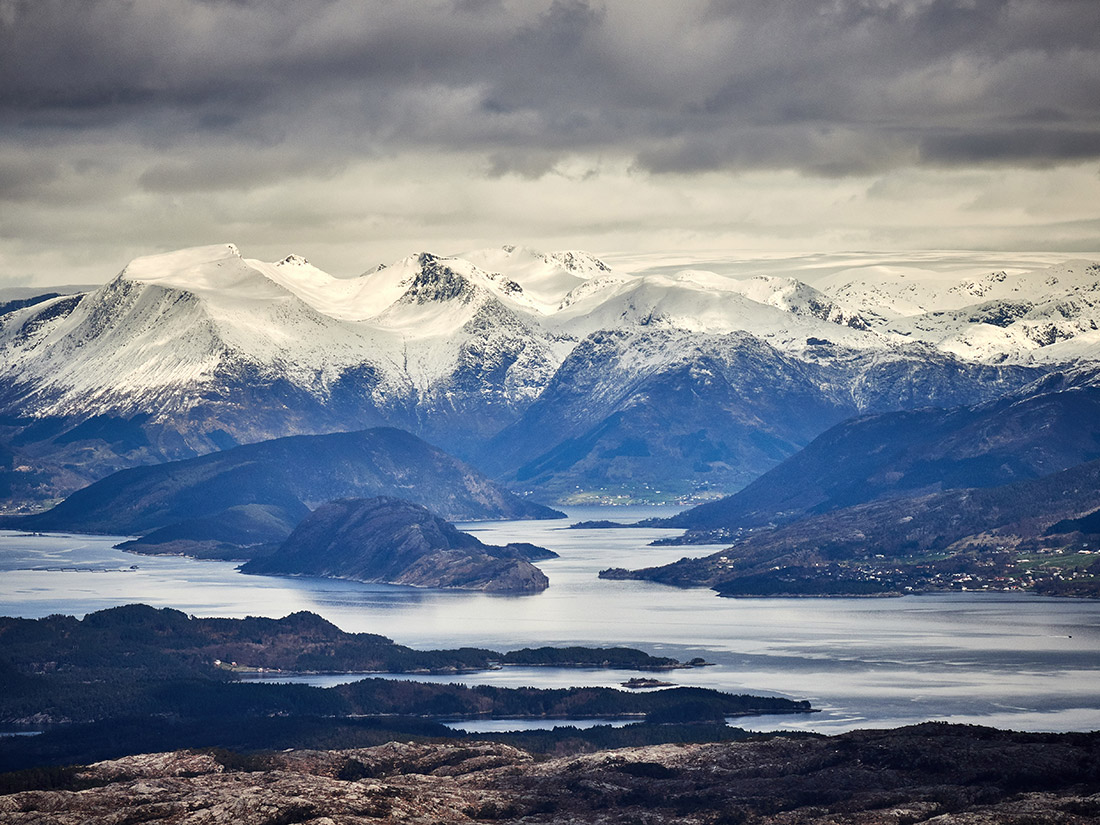 The Olympus was everything I hoped for and more than I had expected. I had been on a boat, and cycled with it around my neck. I had shot with it in rain, hail and snow feeling comfortable with its weatherproofing. I had stood on snowy mountaintops, photographing landscapes without a tripod confident in the camera's ability to deliver well focused and sharp images. Most importantly I had captured the pictures I wanted. The viewfinder showed me precisely how my photo would look, and on several occasions it enhanced what I had envisaged.

Arriving back from the trip I was reluctant to give up the Olympus OM-D E-M1 Mii. I had really enjoyed using it and will definitely miss the extraordinary speed of auto-focus and image stabilisation. The camera felt it had even more to offer then I had tested it for and I would love to spend time with the manual and delve into other functions, including the impressive 60 fps high-speed shooting. The only uncertainty for me is the size I could print. As a full-frame and large format film photographer I love to see my images as big prints on a wall. I am sceptical of the Four Third's ability to produce large scale prints. That being said I would buy one in the future because I loved using it.