For many photographers, the tilt and shift lens is still a mystery. From a user’s perspective, this type of lens can be intimidating, as moving the angle of the lens changes the focal plane relative to the camera body, which alters the depth of field within the image.

When using this type of lens, it can be shifted up and down perpendicular to the floor in a rise and fall motion, and left to right. Or, the lens can be tilted up and down in a swing motion. All of these options will ultimately change the objects that are within focus in your image, altering the image’s perspective and your perceived distance from the objects within view.

Shifting perspective up and down

When shifting the angle of the lens up and down, perpendicular to the ground, the aiming point of your camera will move away from the centre of the frame. This method is often used in both landscape and architectural photography. 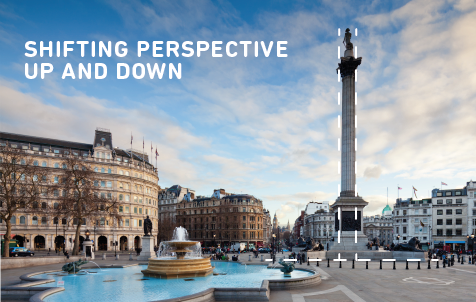 When taking a photograph of a building, parallel lines in the frame that appear to converge as a result of perspective distortion can be realigned to appear parallel. This helps to make sure that the building in the frame appears straight upright, rather than appearing as though it is tilted away from the camera’s lens – or that it is leaning back.

Alternatively, when taking a landscape picture – the photographer may want to move the horizon from 1/3 of the way up the frame into a different position. Choosing to tilt the camera upwards slightly will move the horizon further down within the frame, which may not cause a lot of wide-angle distortion within the image. However, if there are tall trees, lampposts, or any other tall objects in the foreground of the image – this may cause those objects to lean at quite an angle – and shifting the lens helps to avoid this occurring.

Tilting perspective up and down

As well as being able to shift the camera’s lens up and down perpendicular to the ground, the lens can also be tilted up and down at an angle – altering the frame’s depth of field and the camera’s plane of focus. 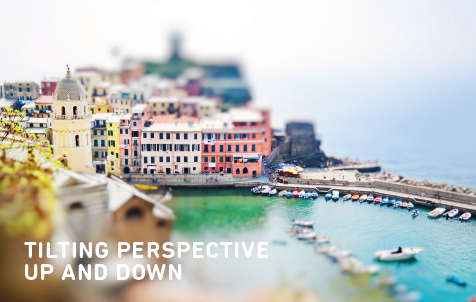 Within a landscape photograph, this feature will help you rotate the plane that is parallel to your camera’s sensor at a focused distance, which means that you can expand the depth of field within the image – allowing you to sharply focus on what is in the foreground and background of the frame at the same time.

Alternatively, by tilting the lens downwards, users can create the diorama effect. Commonly known as the miniature effect, at an elevated level the subject at the centre of the frame (a cathedral for example) will be focused upon whilst the foreground and the background of the image will appear as blurred; this makes the subject appear as a small model, as within the plane of focus, the subject becomes more exaggerated in comparison to what is blurred within the rest of the image.

The tilt and shift lens requires patience, dedication and your time – but once you have mastered it, the possibilities are endless. No matter what your photographic goals are, this lens offers something for everyone when it comes to developing your portfolio.

Aside from architectural photographs and creating the diorama effect - by shifting the camera’s perspective from the left to right, or vice versa, landscape photographers are able to create panoramic images by digitally merging separate photos together.

To achieve this type of image, the photographer needs to take three exposures when the camera is on a tripod; the first is positioned to the left, one is centered, and the final shot is positioned to the right. As a result of the camera’s fixed position over three separate frames – it is almost impossible to distinguish between the three frames, making it appear as though the image is all one frame that has been photographed.