Scorchio. That’s the best way to describe the weather since my last blog post: scorchio! I think it’s fair to say that April and May were two very dry, sunny months indeed. With regard to birding from home, this was by no means disastrous. For one thing, our birdbath became a magnet for lots of birds and I made the (completely unscientific) observation that the Coal Tit is one of the thirstiest species you’re ever likely to see. Crossbills are renowned for the frequency with which they visit ponds and puddles to quench their thirst but, based on my observations over the last few weeks, I reckon our wee ‘Coalie’ could drink your average Crossbill under the bird table! On top of that, it was just nice to be able to enjoy our garden wildlife in such great weather. 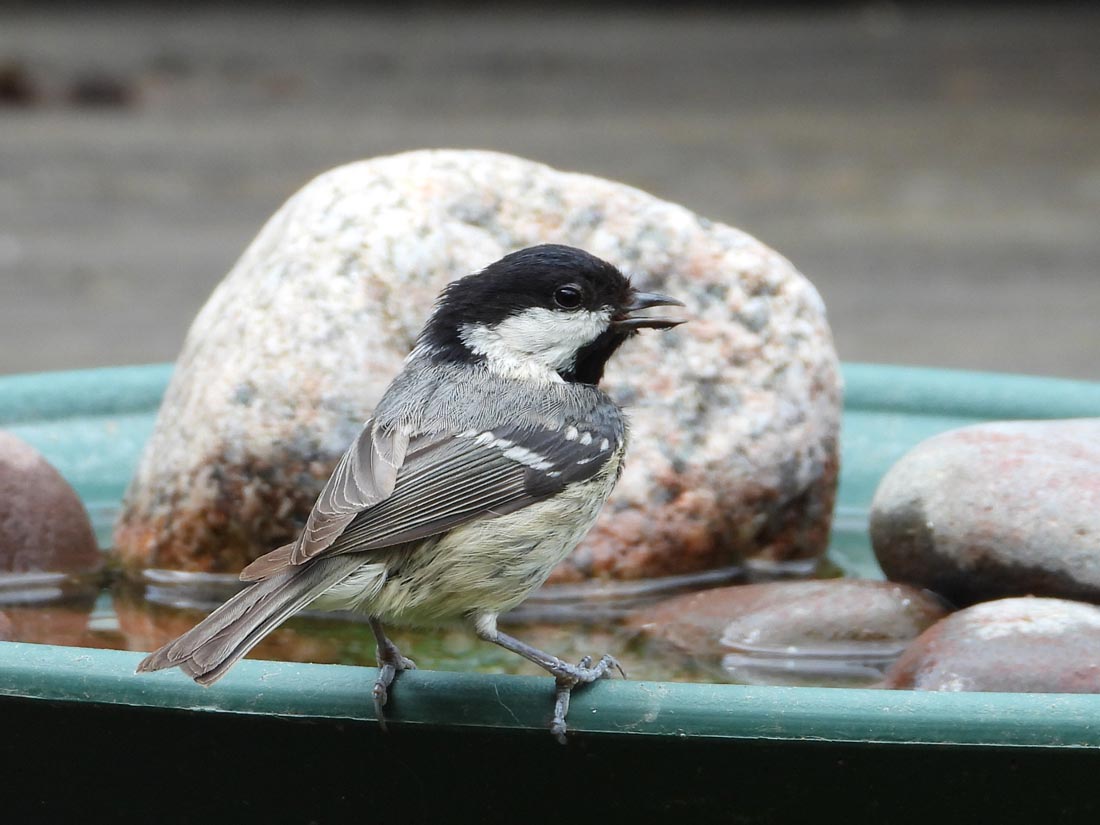 So, as we moved through April into early May, while we all did our best to combat the spread of coronavirus, the natural world continued about its business uninterrupted. As April progressed, migrant birds began to arrive and a couple of Barn Swallows on April 9th was pretty much right on schedule. A single House Martin battling resolutely northwards the very next day was an early sighting for these parts; a small, solitary, black-and-white harbinger of summer. I heard my first Garden Warbler of the year…er…'warbling' on April 12th; Willow Warbler and Common Whitethroat added their distinctive voices to the vernal soundscape a week later. A Common Swift on April 21st was another early bird and the first Lesser Whitethroat ‘rattled’ on May 3rd.

Getting to Grips with the Nikon P950

Whilst our migrant birds battled the elements, predators and the myriad other hazards associated with migration, I battled the Nikon P950. Not that it was much of a battle, to be fair. I mentioned in the last video blog that I’m no photographer but Nikon UK very kindly allowed me to borrow a P950 to help record images and video footage, birding blog for the use of. I think it’s fair to say that the camera and I got on very well. Almost immediately, I found myself gravitating towards the  ‘Birdwatching’ setting. This optimizes settings for bird photography and, once set to burst mode, proved to be a really useful tool, in my opinion. When it was time to hand the camera back I was fortunate enough to be able to borrow its bigger brother, the P1000. The two cameras are very similar in many ways and it was very easy for me to transition from one to the other. With both, I found myself becoming increasingly interested in capturing bird ‘portraits’, a few of which are displayed below.

Of course, one of the main talking points with the P950 is its huge focal range: from a wide 24mm all the way up to a whopping 2000mm. I was immediately keen to find out how useable the camera is at maximum focal length – but how to do this? Well, looking northwest from our garden there is a large conifer. I estimate that the tree in question is approximately 60 feet high and, as the first image below will illustrate, it stands quite some distance from our garden. Birds love to perch at the very top of the tree and I surmised that this might present an ideal opportunity to ascertain what sort of image quality can be obtained when using the camera hand-held at 2000mm. All I needed was for some ‘subject matter’ to perch upon the topmost branch. I didn’t have to wait long before both Magpie and Collared Dove duly obliged and I captured the following images. For me, these are very usable and I have little doubt that someone with a steadier hand than I could improve upon them without too much trouble at all. Very, very useful birding camera, in my humble opinion. To be fair, its stablemate, the P1000, is proving to be no less effective in this regard.

The number of birds visiting our feeders dipped noticeably in April. As we moved into May, however,  normal service was resumed with Great Tit, Blue Tit, Coal Tit, Goldfinch, House Sparrow and Robin all jostling for position on a daily basis. The most unexpected garden bird of early May was a single Siskin. First seen stuffing itself with sunflower hearts on May 14th - a nice birthday present for me – this little beauty visited on three consecutive days. We don’t see many Siskins in the garden and any that do visit generally turn up in late winter as opposed to the middle of May. Cracking little bird!

Skywatching was fairly quiet overall. Common Buzzard and Sparrowhawk continued to show on a daily basis: the former generally floating neck-achingly high in the sky (probably making use of the plentiful thermals); the latter tending to dash through in the late evening, presumably on the lookout for one last kill before sundown. A Peregrine on the evening of April 22nd was an unexpected bonus; a Red Kite circled lazily overhead a few days later.

In other news, Hedgehogs and Wood Mice continued to grace us with their collective presence, often showing up on our trail camera: small, nocturnal visitors with a penchant for cat food and bird seed respectively.

As we moved into the third week of May, fledgling birds began to appear around the garden. Foremost amongst these were the Blue Tits which fledged successfully from their nest in the hole leading into our wall cavity. Photos and full report on these and others next time. Until then…stay safe and happy birding!