Olympus Rebrand | Who are OM System?

Olympus has always been at the heart of pioneering photography. They proudly own the rights of having democratised it, bringing cameras into the homes of the Everyman with the introduction of the Olympus 35 I in 1948. Now, 73 years later, they are rebranding for the future. Welcome, OM System.

What happened to Olympus?

Despite being best known for their photographic contributions – although perhaps that is simply confirmation bias – Olympus is in fact a large umbrella company that develops, microscopes, endoscopes, photographic systems and more. The company actually began in the medical sector and only branched out into photography in the 1930s.

Each of these areas that make up the Olympus brand has its own smaller sub-companies, and what we may often refer to as “Olympus” in the photographic world, is actually the sub-company “Olympus Imaging”.

So, to cut a long story short, back in 2020, Japan Industrial Partners (JIP) bought Olympus Imaging. The split comes as Olympus wish to concentrate further on “Medical and Scientific Solutions, in our ongoing efforts toward making people’s lives healthier, safer and more fulfilling.”

The Imaging branch of the company, which dealt with all R&D, design and manufacturing of Olympus cameras and lenses including the OM-D E-M5 Mark III, now parts ways with the rest of the company and relocates to JIP.

When the company transferred over to JIP, “Olympus Imaging” became “OM Digital Solutions” a new name that retains recognisable elements of where the company has come from.

As of the beginning of 2021 the transfer was completed and from here on out “Olympus Imaging” no longer exists, and OM Digital Solutions becomes the distributor of OM System.

Who is OM System?

Over Maitani’s 40 years at Olympus, he pioneered many of Olympus’ most popular cameras, including the Pen, the XA, the Stylus and of course, the OM. The OM camera that he designed is where the new name for Olympus stems, and it is why OM System still feels so familiar.

OM System continues to channel the philosophy of Olympus of challenging convention and developing new products. They will be responsible for all interchangeable lens cameras, lenses, compact digital cameras, audio products and binoculars. As well as customer service, parts and repairs and more.

What does this mean for my Olympus camera?

Overall, not a whole lot. Olympus cameras are still going to be fully compatible with the OM System, and lenses will still be interchangeable across the whole range. It is essentially only the ledger on the lens or camera body that will look slightly different.

OM System is determined to show its continued dedication to the legacy of its company. Choosing to go through this rebranding in times where the photographic market is undoubtedly being threatened by smartphone capabilities demonstrates this. It shows that even though the name on the box may change, the quality of what lies within will not.

So before you go ahead and sell your current Olympus camera systems on eBay, hold on to it, there is no need to panic.

What can we expect from OM System?

Good things by the looks of it! The first OM System lens has in fact already been released and with good success. The OM System M.Zuiko Digital ED 20mm f1.4 PRO Lens follows in the footprints of previous M.Zuiko lenses and shows that in general nothing much has changed. You will still be buying exceptional image quality for your Micro Four Thirds camera. 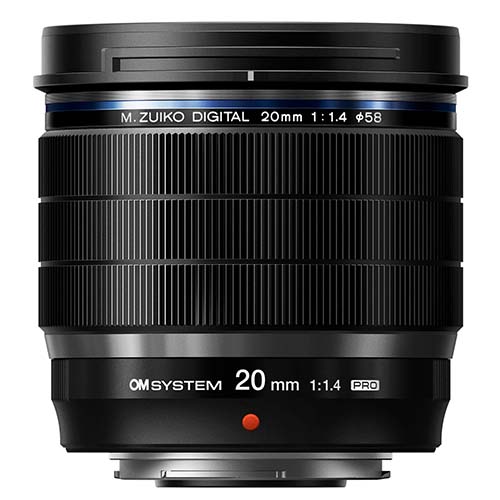 And speaking of cameras, OM System released a press statement in October 21 promising its first:

[OM System] are currently developing a new interchangeable lens camera compliant with the Micro Four Thirds System standard that will embody the OM SYSTEM concept and bring photography to the next level…the interchangeable lens camera that we are now developing combines our industry leading manufacturing capabilities and cutting-edge technologies to significantly improve performance and provide an unrivaled photographic experience.

Although what lies ahead remains to be seen, we can be assured that it will be something extraordinary. Olympus was never content to stay still, and it can only be expected that OM System will take up the torch in pursuing exciting and progressive photographic development.