I recently had the opportunity to take the GR III out for a spin in Bristol City centre, to see what it was like to use in a busy urban environment. 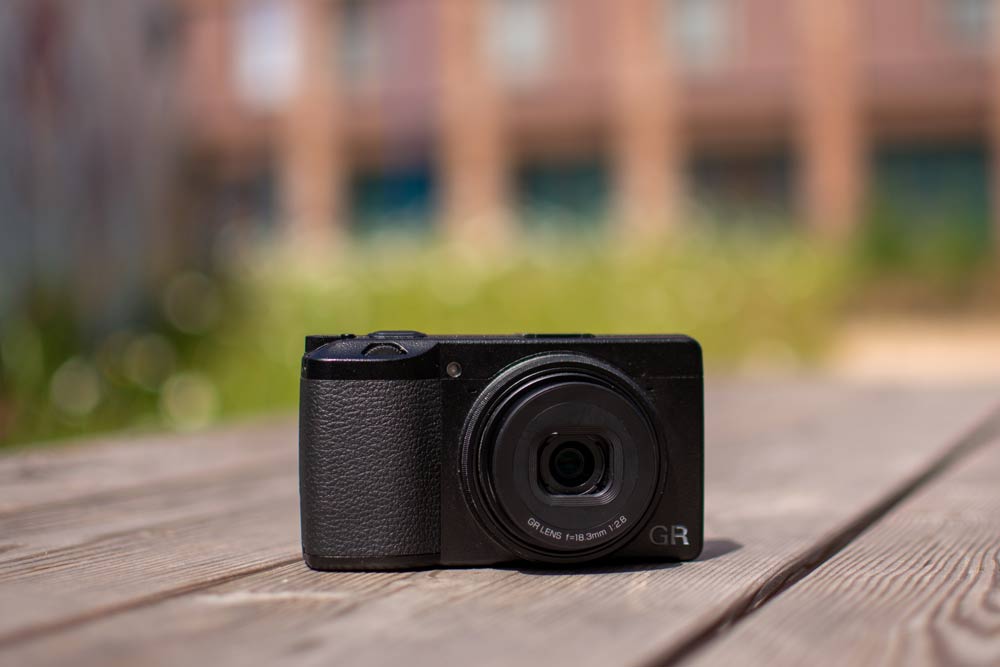 The GR III series has gradually developed to include the GR III, the GR III X and the GR III Street Edition, as well as the limited run of the GR III X Urban. With so many variations of the same system, it might seem tricky to work out which one is the best fit for you.

Each addition to the range has very little between them in terms of quality, they all use the same 24.24MP APS-C CMOS Sensor with identical processing power. This is ideal because it means that part of your decision of which version becomes your go-to street camera is then based purely on your aesthetic style. It's rare to get this kind of choice within a camera range, and it's one of the great aspects of the Ricoh GR series that makes it so appealing to so many photographers.

If you want to stand out from the crowd the GR III Street edition has been designed with a yellow focal ring around the lens setting it apart from the classic GR III. And more recently the Ricoh GR III x Urban Edition has been released featuring a blue focal ring.

The major difference between the GR III and GR III X is the lens. The GR III has been designed with a 28mm focal length while the GR III X has a larger 40mm equivalent focal length creating a slightly narrower field of view. Despite seeming like a potentially small difference, it can be majorly impactful depending on the style of photography you are more inclined to produce.

Take a closer look at the GR III’s 28mm lens

With the 28mm in hand, you can take in more of a scene. It's a great choice for documentary, travel or scenic photography when you want to take in all of what's happening in front of you. Its ultra-wide field of view may not be ideal for tight focusing on a single subject, but if what you are looking for is a camera to capture the scenery or to take in the busy environment of a bustling city, the 28mm lens of the GR III would be my choice. 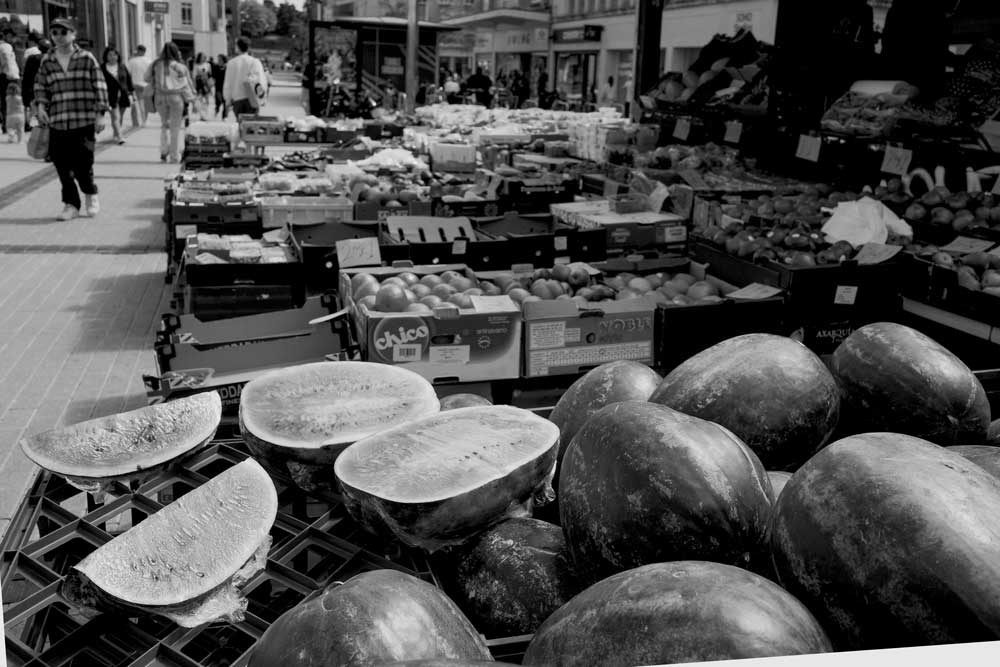 But what about the GR IIIx’s 40mm?

The 40mm equivalent lens, on the other hand, focuses more on a subject, making it a great camera to use for portraiture and creating compelling shots that allow you to tell a great story. Don’t get me wrong the camera body itself and everything behind the lens are the same as the GR III, but if you’re looking to capture more portrait photography and focus on the people within your environment, go with the 40mm found on the GR IIIx.

Pocket-sized and easy to grab

The body of the GR III and the GR III X are almost identical, with the only difference being the size of the lens. Each of these can fit easily into your coat pocket without adding much extra weight. I was able to fit the GR III into my coat pocket and still had room to have it connected to an external battery charger (about the size of a medium-sized smartphone) in the same pocket. 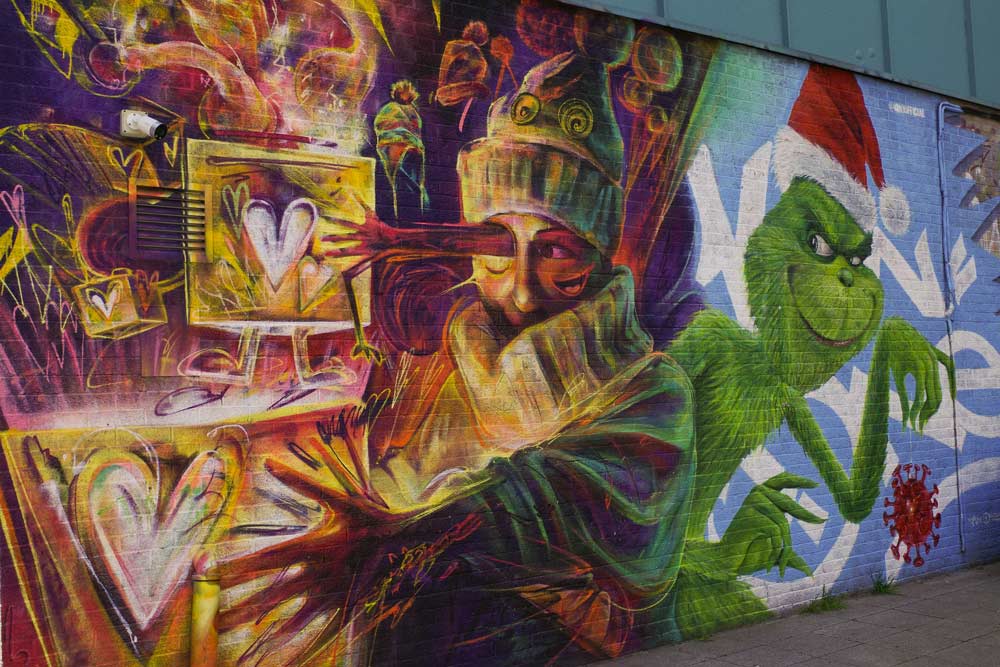 The GR III has been a natural go-to for street photographers for years, its compact design and fixed lens make it so quick and so easy to use that almost anyone at any skill level can make use of this camera to capture brilliant on-the-spot photos. Using the Snap Focus feature to set a pre-determined focal distance helps eliminates the delay caused by autofocus hunting.

Don’t be fooled by the size of the GR III body, the 24-megapixel sensor has the potential to capture far more than a simple point-and-shoot camera might. Capture brilliant macro photographs that bring out the subject's vibrant colour. The unintrusive nature of the Ricoh GR III makes it ideal for taking subtle images. This is brilliant if you are eating out and can’t resist snapping a quick shot of the fabulous-looking food, or snapping a shot of a butterfly on a city wall.

Simple, Quick & Easy to Use

What Ricoh have compromised on in lens size or conversion lenses is made up for in the overall body of the camera. It has been designed to be simple, quick and easy to use. With the limited rigmarole of picking the “right lens for the job”, you can focus far more on the scene in front of you.

Built for people on the move

Some photographers prefer having to move around a scene, trying out different angles to get the shot they want. This is a camera designed for those people. The ones who move their body around to get the perfect shot, and who enjoy the challenge that can be presented by their environment.

With the fixed 28mm focal length, you can get a lot in an image, but sometimes you might find yourself standing just in the wrong spot to get all the detail in the frame. The small size of the GR series makes it almost enjoyable to be able to move around so effortlessly. No need to factor in heavy lenses that might limit how you hold the camera, you can dart and swerve between crowds with ease.

There is a downside to the compact body of the Ricoh GR 3 and Ricoh GR 3 X, their small size only allows for a small-sized battery like the Ricoh DB-110. If you are using the GR III series as a second camera for your point-and-shoot action, then the power restriction might not be a big issue. But if you want to use the GR III exclusively, we would recommend adding one or two spare batteries to your bag to see you through the whole day.

Alternatively, the body of the GR III will allow you to connect a power cable and charge the camera directly from an external battery pack. This was the option I used when testing out the GR III. It might not be the most practical and it is dependent on having a fully charged battery pack which can sometimes be a bit of a gamble. Investing in a spare battery would be much faster and you wouldn’t need to wait for the camera to charge before using it. 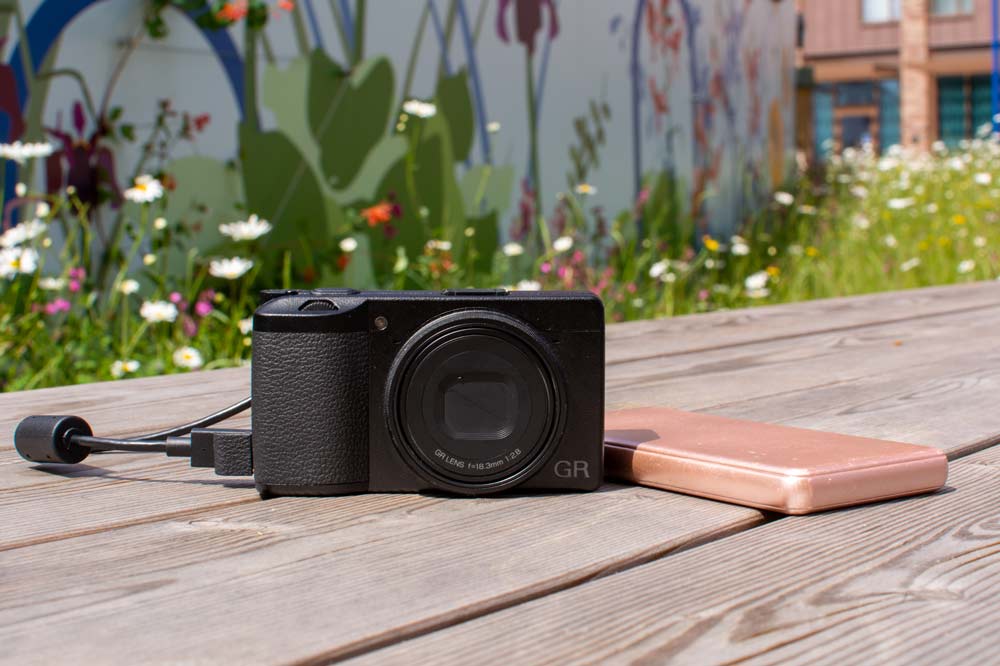 The size and functionality alone make these cameras perfect for street photography, simply switch a few settings on the menu screen and it's as easy as pointing and clicking to capture great images. But there were a few setbacks with the GR III that made me miss the tactile body of my chunky DSLR camera. I missed having more control over the focus and the absent viewfinder made taking the photos feel just like using a mobile phone camera except with a higher quality screen.

The limited battery life and the limited focal length cause me to wonder if this camera could be used by the everyday person, or if they would find the restrictions too limiting. The size can be both a positive and a negative, button placement has been sacrificed for a smaller-sized body than your average mirrorless camera. There were one or two occasions where I accidentally entered into macro mode because my thumb grazed the quick select macro button.

Having said that, I can absolutely see the appeal of the GR III for street photography and other photography situations. The convenience of the size and easy-to-set controls means it makes absolute sense to use the GR III as a secondary quick-use camera. I would say in the hands of an experienced amateur photographer, this camera could produce stunning photographs.

Would I give up my DSLR completely for this compact mirrorless camera? Truthfully, probably not. But I could certainly be convinced to use it as a secondary camera to take with me on trips or family events, for capturing those special moments with a bit more quality and substance than a smartphone. Overall, if you are looking for a compact camera with the image quality of a great DSLR, then the Ricoh GR III range might absolutely be your ideal street photography camera.

The entire Ricoh GR series is available to purchase from Clifton Cameras.

If you've got experience with producing content on photo, video and/or optics products or techniques then we would love to hear from you. Contact our blog editor, Bea, with a sample of your work at bea@cliftoncameras.co.uk.