Iceland is known by photographers as the home to some of the most amazing natural phenomenon that are on planet Earth such as the northern lights, the many species of whale that can be seen and the beautiful landscape. We arrived with the hopes of seeing them and capturing some memories, after months of careful planning and building up excitement little did we know what was waiting for us on our exploration of this stunning country and the things we were about to experience.

As a photographer I had planned for quite some time the best equipment to take that would be versatile in the rugged and fast changeable conditions of Iceland. These included my DSLR capable of photographing long exposures in the dark with a good ISO range for photographing the northern lights and being weatherproof is a must. A Lens such as the Nikon 16-35mm wide-angle lens with a large aperture F4 for the northern lights images and landscape photography, a shutter release to minimize camera shake and filters such as a 10 stop ND for landscape images especially of waterfalls. For doing long exposures I needed a dependable well built tripod that is versatile in icy weather conditions and can also be light enough to be carried everyday and also small enough to be easily taken in luggage, easy to open up fast and in the dark. I chose the Vanguard VEO 235AB with its rotating centre column that allows for smaller packing space.

Our arrival in Keflavik airport meant a 45 minute drive to Reykjavik which introduced us to Icelandic scenery and stunning landscape along our journey such as the Icelandic stones, which for years have been stacked along the landscape used as landmarks for hikers and walkers navigation before GPS, they are called steinvarða.

Once arriving in Reykjavik within the first hour we stepped outside our hotel and were struck with the northern lights right above our heads!! We knew this was the start of a very special experience, this was a photographers dream, all I had to do was take the tripod out of its bag, open the quick release leg levers and place the camera on the top plate and within a matter of a minute I was snapping away!! This was right in front of the Hallgrímskirkja church in the Centre of Reykjavik where normally to view the lights you would have to travel further afield. I was already starting to accumulate some images that I had coveted for a long time! 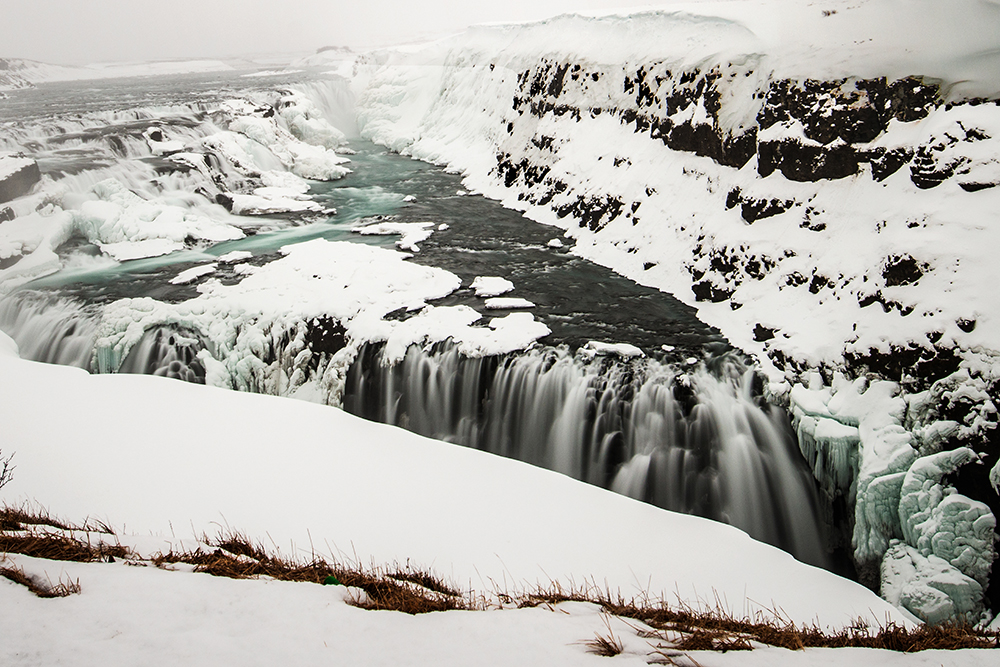 Our first trip out of Reykjavik was the golden circle where there were three stops.  Our first location was home to geothermal pools and water geysers, the large geyser would shoot up every 7 minutes causing the crowd to cheer each time it happens!

The second stop was to the breathtaking Gulfoss Waterfall that no images could do justice! It’s an extremely large waterfall with ice, we descended the steps onto a ground of ice, cleats were imperative!!

Blizzard conditions made it very cold and near impossible to walk but I persevered with capturing that special image in my mind.  I knew it had to be a fast set up and working out the exposure quick, I set the tripod up as quick as always, made sure the spikes were out on the feet to keep it from slipping on the ice and started exposing.  Even in wind and a lot of snow a crowd of people all pushing to get the best view, my tripod proudly held its ground and I was able to keep taking shots until we had to move ourselves due to the cold. 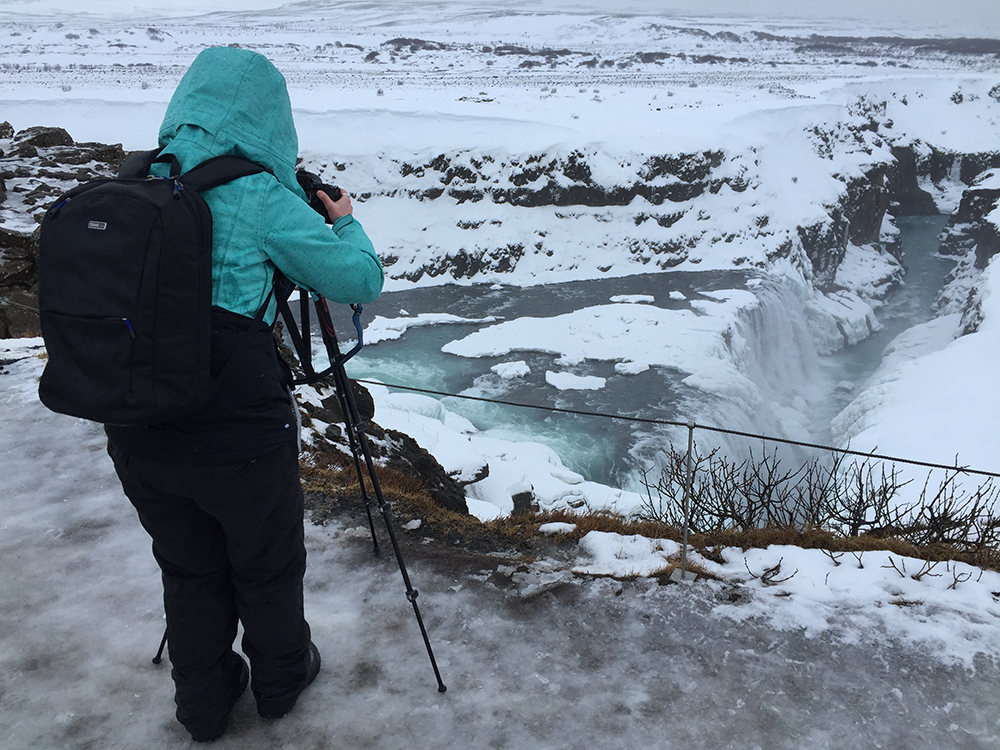 The third experience on this trip was to the Þingvellir national park where it is possible to see the American and European plate tectonics meet. The landscape is yet another photographer’s dream, a rocky, mountainous landscape with views all around and even for someone who has never approached landscape photography it was a must! The series “Game of Thrones” has been filmed here, within the rocky hills and extreme landscape. We trekked through the center of this, up to the top, walking through the area where the tectonic plates meet. From the top are the most incredible views and a feeling that you have just achieved something you will never forget. 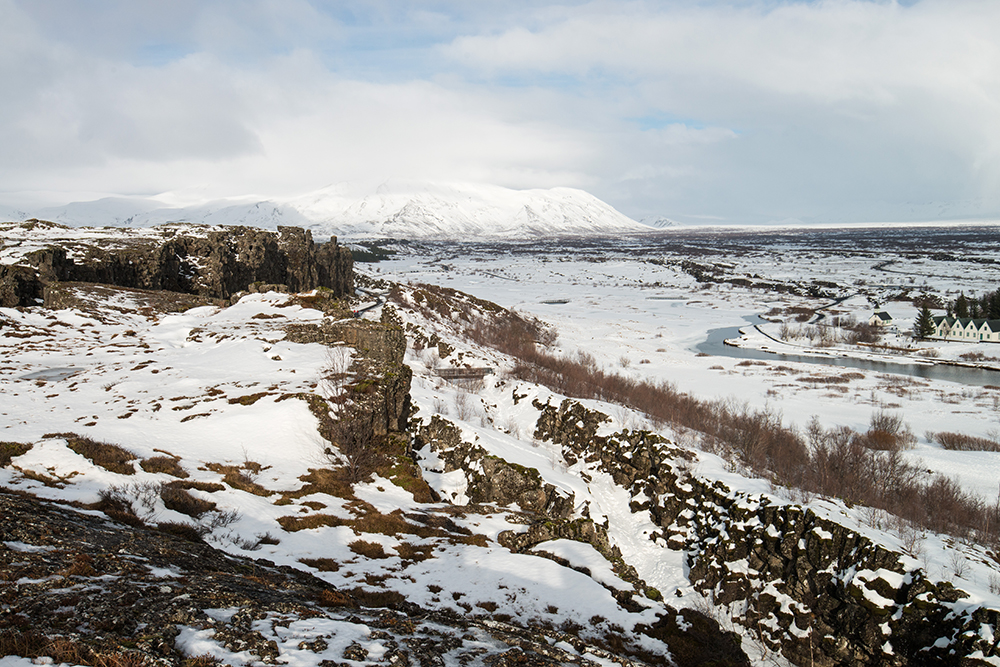 Through the day, I carried the Vanguard VEO tripod, constantly setting it up at intervals throughout the trek.  I have no complaints about handling or the weight, the features included such as the feet spikes are a life saver when you realize potentially, without them your images would be shaky and un-sharp, or worse my camera could have ended up slipping down the Gulfoss Waterfall, never to be seen again!

The most spectacular event of the week was our northern lights trip, departing late into the night, deep in to the mountains.  I set up my kit again on the icy ground about a foot deep in snow, making sure the tripod was stable was easy, the foot spikes and versatile height allowed for a very quick setup.  Over the mountains there they were, the lights creating a beautifully framed image, the camera was picking them up more than the eye at this point but after a few hours we retired with what I considered some lovely images.  As quick as we were back on the bus, our guide started signaling to come back and wow we were glad we did.  It was like someone had switched on the most incredible light show above our heads with the most vibrant green aurora dancing above us. I needed to act fast because this opportunity could be missed, so standing in a foot of snow in a field, I unpacked my tripod and set it up within seconds which was a breeze using the Veo, even on rocky ground under the snow the VEO once again held its own and helped in producing some of the most stunning images of nature I have ever captured and that had been lucky enough to get the chance to. 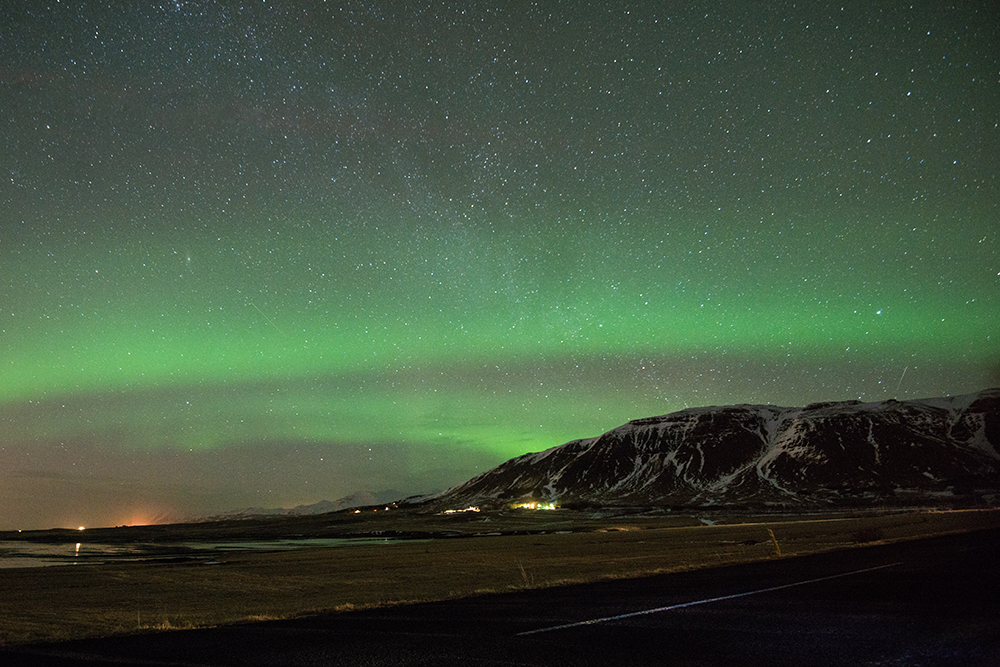 Reykjavik itself is a fashionable, colorful place with lots of interesting but well executed graffiti on the sides of many of the buildings, many of the homes are also in individual bright colours.

The final thing we wanted to see in Reykjavik was the Viking ship Sun Voyager.  We went down in the evening taking some images while the sun was going down.  The Sun Voyager is at the very front of the sea with a stunning view out to the ocean with mountains that frame the horizon.  While the last of the light was available I again relied on my Veo tripod, set on icy steps with legs set at different levels, it was dependable throughout and held its place.  This trip was the perfect end to our adventure. 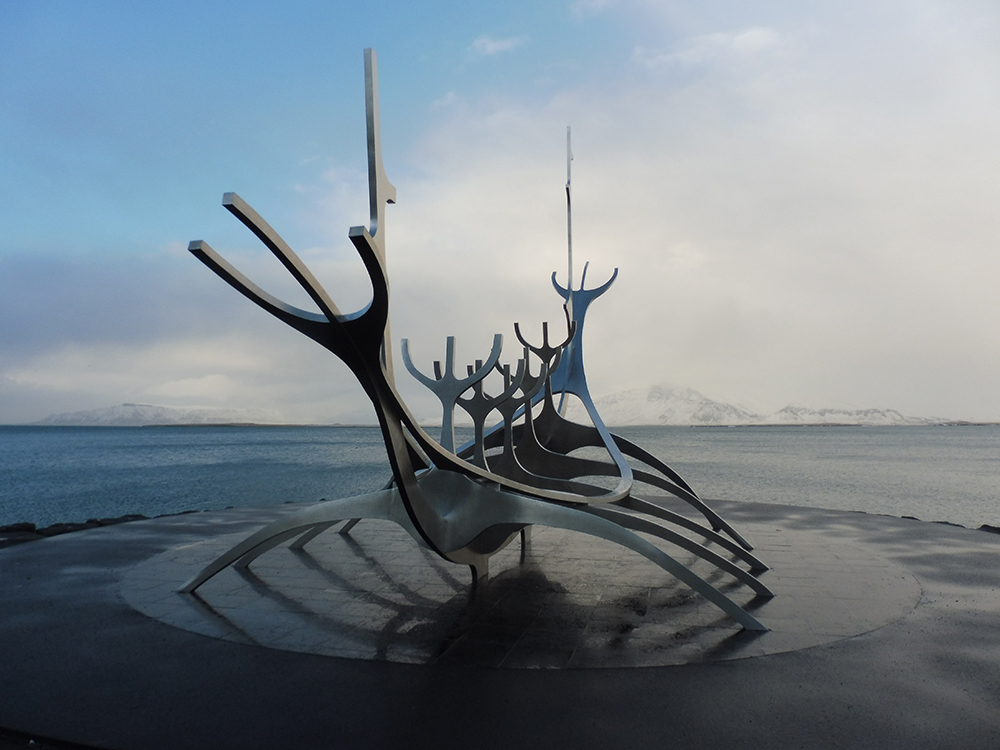 This was a once in a lifetime trip, because everything we wanted to see we ended up being lucky enough to experience. In these situations you want to make sure you have reliable, strong kit that has ease of use, even when in the dark or most difficult of situations.  Working with the opposite means wasted time fiddling, instead of seeing and shooting the most natural wonders in front of you.

I can highly recommend the Vanguard VEO range without any doubt for its build quality, durability, strength and versatility.  It shared more than one memorable moment throughout this trip and without a doubt, I now consider this my main tripod, not just for travel but for all my photography needs.