There is something I would like to get out of the way right at the start of this blog post. I like this binocular so much I bought the 6.5x model. Seriously. With my own money and everything. Given that I am in many ways the typically parsimonious Scottish male, this stands testament to the appeal of the wee Papilio and, given that I am already the proud owner of a very nice 8 x 32 binocular from a prestigious German manufacturer, would suggest that this compact offering from Pentax must have something very special going for it. Which it does. But before we get to that, here’s the technical part.

Both models come with a soft case, rainguard and strap and both offer eye relief of 15mm. The Papilio II is one of very few reverse Porro prism binoculars on the market. With a reverse Porro prism, the eyepieces are wider apart than the objective lenses, giving the binocular a distinctive ‘delta wing’ appearance and, for this user at least, resulting in a pleasing ergonomic design.

What do the Papilio II Binoculars offer that other binoculars don’t?

In a nutshell, outstanding close focus. Binocular close focus has improved considerably over the years and these days most quality optics will focus down to somewhere around the two-metre mark.

This represents a huge step forward when compared to traditional optics which sometimes required the user to back away from their subject, often at the risk of falling into a ditch, plunging into a quagmire, becoming entangled in a barbed wire fence and so forth. Where the Papilio II scores is that it will focus all the way down to a very impressive 50 cm.

A lesson in Latin

Now, given that the primary purpose of any binocular is to give closer images of subjects which are too far away to be viewed effectively with the naked eye, why would the ability to focus down to the 50cm mark be a particularly useful or desirable feature? A clue lies within the name of the binocular itself.

Any classical scholars out there will already be aware that ‘Papilio’ is Latin for butterfly. When observing insects (not just butterflies) the subject may often be less than two metres from the observer. At this point, most conventional binoculars will be unable to focus on the butterfly/moth/dragonfly in question. This will often require the observer to either (a) move further away or (b) attempt to sneak slightly closer in an attempt to obtain a better view with the naked eye. The issues here are that the first approach will result in a less than frame-filling view and the second runs the risk of putting the quarry to flight – quite literally in some cases.

The ‘Parallax Correction’ in the Papilio

This is where the Papilio II really comes into its own, the outstanding close focus made possible by Pentax’s Convergent Lens Optical System Engineering (C.L.O.S.E.). With this clever system, as you focus on close objects the two objective lenses move closer together.  This results in what is known as ‘parallax correction’, the net result of which is that the binocular is able to overcome the restriction on close focus distance which applies to conventional binoculars. Clever stuff – and, based on personal experience, I can confirm that it really works!

I should point out at this stage that the ability to close focus has no adverse bearing on the binocular’s ability to work at longer distances. The Papilio II will still focus to infinity and can, therefore, be used for observing birds, mammals, scenery or indeed, general observation of any sort.

Listing technical specifications is all very well, of course, but what about my own experience with said binocular? Having decided to purchase the Papilio II, I then had to choose between the 6.5x and 8.5x models.  Ultimately, I opted for the 6.5x, the decision is based on what my primary use was likely to be. Over the last year or so, we have been working hard to make our garden more wildlife-friendly and this has definitely started to produce dividends, particularly with regard to the variety of insects we are seeing.

What I really wanted was something which would give the best possible views of the various butterflies, bees, moths, beetles whilst also allowing me to keep an eye on the birds coming to our feeders and flying overhead. I am happy to report that the binocular does everything I wanted it to do and then some. When observing insects or flowers, it effectively becomes a very high-quality magnifying glass but when you need to switch to observing something further away it’s quick and easy to make the adjustment.

Homing in on a 'Summer Falcon'

This came to the fore one evening last week. One instant I was enjoying close views of the bees working busily amongst our lavender plants, the next I was locked on to a Hobby which powered past the garden just above treetop level. Anyone who is familiar with the ‘Summer Falcon’ will know that these guys tend not to hang around but, during the relatively brief view I had, the little Papilio brought out the bird’s black and white head markings, streaked underparts and chestnut undertail coverts with excellent clarity. Not a bad achievement for a compact binocular on a fast-moving subject in fading light.

No stabilisation, but noticeably shake free!

Another benefit of the 6.5 x magnification I have noticed is just how steady the view is. All of us suffer from hand shake to a certain degree and 10x magnification is generally as high as most users can go before the effects of this begins to detract from the viewing experience.  This is one of the reasons I have always favoured 8x magnification over 10x but I have to say that dropping down to 6.5x has produced an image which is noticeably ‘shake free’ – almost like using a stabilised binocular, in fact.

Where does this leave the higher powered 8.5x sibling?

So, having established why I like the 6.5x model so much, where does this leave its higher-powered sibling? As mentioned above, I chose lower magnification because I wanted to use my new purchase mainly for viewing insects at close quarters. If I had wanted to use the binocular primarily for birding, for example, I think the extra reach of the 8.5x might have won out.

I have tested both binoculars and should emphasise that both will cover a wide range of uses with aplomb. Ultimately, the final choice will rest with the end-user and what he/she feels their primary area of use is likely to be. I have known people purchase both and, given that both retail at not too much over the £100 mark, can certainly understand why.

The Pentax Papilio Binoculars in summary

So, in conclusion, what can I say about the Pentax Papilio II?  If I had to sum up in just one phrase it would be this:  it’s a little beauty!  A more detailed summation would be that, having spent some time with this binocular, I honestly feel that it’s an indispensable tool for any field naturalist with a general interest in our flora and fauna. Outstanding close focus, excellent all round optical performance and a compact, lightweight, ergonomically pleasing design at a killer price make this my favourite purchase of the year so far. Well done, Pentax. 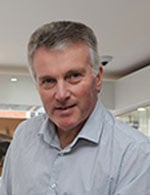